On Tuesday the S&P 500 Index hit a new high for the year. The index has been digesting that gain every day since. Contrary to what you might think, that is a good thing.

Consider this bout of profit-taking as a pause that will refresh the market and allow it to move higher prior to the elections. Let’s face it; ever since I advised readers to get back in the market seven weeks ago, the averages have moved practically straight up. September, which is only a week away, is normally a difficult month for stocks so it appears that the markets are right on cue in pulling back now.

Of course no one likes to lose money ever, so readers may be tempted to take profits, move to the sidelines and get back in at the lows. Dream on, McDuff, those strategies only work in cocktail party conversations and technical text books.  Sure, you could get lucky but in my experience most investors can’t do it.

Besides, why risk your retirement money for what may turn out to be a 3-5% decline? I would think the worst case scenario is for the S&P 500 to decline back to its 200 day moving average at 1,333, which is only 4.7% lower from here. Why am I so bullish?

There just seems to be too many positives for a wholesale sell-off. Consider the Fed’s FOMC notes from their July meeting released this week.

“Many members judged that additional monetary accommodations would likely be warranted fairly soon unless incoming information pointed to a substantial and sustainable strengthening in the pace of the economic recovery.”

Since then there actually has been a spate of improving data with retail sales increasing in July and 163,000 jobs added to the economy, which is the most in five months. Yet, to me, that data is neither substantial nor sustainable. Take the durable goods orders for July, as an example. The headline number was great. Orders surged by 4.2%, following a revised 1.6% increase in June. However, if you ex out civilian aircraft orders, shipments of nondefense orders fell 3.4% after falling 2.7% in June. It appears to be a mixed report at best and could mean a slowing pace for manufacturing in the months ahead.

I don’t envy the Fed’s job of parsing through these numbers and coming up with the timing for when to ease. And when reading the statements of the Federal Reserve Board, one is always left with more questions than answers.

“Fairly soon” could mean that the next QE is just around the corner or it could mean next month or even after the elections. I guess the point is not to try and time the next QE but instead to stay invested because it is coming, unless the economy picks up substantially. In which case, we won’t need the Fed and the markets will rally because the economy is strengthening on its own.

On Election years, the stock market tends to behave in a certain manner. I come into years like this expecting a rally early on, a correction in the spring, new highs through the summer with a rollover that bottoms out in October and finally a yearend rally that goes out at the highs. So far this year has tracked perfectly.

A note to my readers in the Berkshires:

I have volunteered to teach a course this fall at Berkshire Community College at the Osher Lifelong Learning Institute (OLLI). The classes will be on Mondays from 2:45-4:15 PM throughout September and October. The course, entitled “America’s Future: Buy, Sell or Hold?” will teach students to think critically about such events as this year’s presidential elections, wealth and women, our education system and much more. For more information or to sign up for the course call the OLLI Office at 413-236-2190. 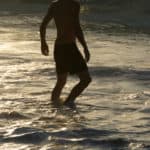