Facial hair is back in a big way among men. That is nothing new, but the time, effort and expense of looking so scruffy might surprise you. 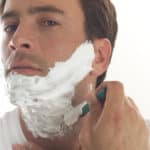 Back in the day, you were either clean shaven or grew a beard. During the Hippie Era, it was all long hair and beards, which sent many a barber to the poor house. Hair length gradually shortened, beards and moustaches were trimmed and barbers breathed a sigh of relief. Over a decade ago, American men grew older and fatter. To add insult to injury, their hair started to thin as well. The fashion industry quickly came to the rescue and convinced the nation that bald was beautiful.

I, for one, embraced the idea and quickly learned to shave my own head. For me, an avid jock, no hair was both convenient and saved a trip to the barber. However, maintaining that clean shaven pate is no easy job and many men sought out the barbershop to maintain the new style. But the fashion industry was not done with the masculine ego. Enter the man’s man.

First, let me confess my ignorance. In my naivety, I had long assumed that the facial hair that had sprouted up among male actors in a variety of television and movie roles was simply the result of not shaving for a day or two. How wrong could I be? These new facial hair styles demand a lot of time, effort and expense and have spawned a plethora of trimmers, shavers and masks to give the customer just the right look,

Today, facial hair is part of what the fashionistas call the Retrosexual Revolution. It is an era where men are looking back to the styles, values and pastimes of traditional masculinity, albeit with a heightened discernment about brands, aesthetics and lifestyle. Sort of “Mad Men” with a dash of political correctness.

This new flannel-clad urban woodsman (for those who can afford it) will normally sport a carefully clipped or trimmed five o’clock shadow across his jowls while displaying his single malt scotch collection or his fixed-gear touring bike. The image appears to resound mightily among American males.

As a result, more men than ever before are visiting the barbershop. Last year there were more than 235,000 barbers in over 100,000 shops in the United States. That is the highest in recent memory and is predicted to jump again this year according to the National Association of Barbers Boards of America.

Sales of beard and stubble trimmers (as they are now called) advanced 14% in 2010, 17% last year and should top that again in 2012. And stubble trimmers aren’t cheap. A top-of –the-line stubble model will set you back $60, about twice as much as your old fashioned beard trimmer.  Grooming companies such as Conair, Phillips Norelco and Wahl have taken special care to deal with facial hair at close range and have succeeded in segmenting the market.

Now, if you have the desire, you can get just the right length of stubble each day by picking up the stubble trimmer. But if instead you like a slightly longer look called Scruff (the George Clooney look) you can buy another trimmer that will convince one and all that you could grow a full beard if you wanted to, but choose not to. Full beards require a heavy-duty trimmer while goatees, moustaches and side burns all require different trimmers. Of course, if that is not enough, one can always go “feral” and grow your beard until you look like Heidi’s grandfather.

Yet self-barbering takes effort, practice and often less than satisfactory results.  Many men have opted instead to visit their neighborhood barbershop breathing new life into the staid and sometimes stuffy local hair emporium. Unisex is out. Barbers have reinvented their industry by offering customers what they want, the way they want it. The top ten barbershops in the U.S. all have one thing in common—ambience. Masculinity, tradition, and a variety of services is what distinguish barbershops today from those of my childhood.

Barber schools grew at a 29% rate last year and becoming a barber has appeared on several new career lists. Opening a barbershop has also become a” hot start-up” area given that the barriers to entry are low, start-up costs are reasonable and competition tame.

A simple survey of barbershops in the Northeast confirmed that “business is good” as Patty, a barber at The Clip Joint Barbers in Portsmouth, NH said.

Bob McGiffert, who owns Bob’s Barber Shop in Greenport, NY, also agreed that haircuts were doing well, although he “doesn’t see much traffic in stubble and such.”

In Rutland, VT, Steve, a barber since 1988, works at Henry’s, an establishment celebrating 57 years in business. He is seeing a “lot more goatees” in his business lately. “It just adds to the product line.”

And finally Nancy Donovan, who has been cutting hair for over a decade at Ken’s Barber Shop in Great Barrington, MA, is seeing a lot of facial hair trim requests, especially in the summer.

“We have a lot of city people that vacation here in the summertime,” she said,” and we get all sorts of requests.”

She says she has done everything from shaving heads, to regular haircuts to even cutting a “B” for Boston on one customer’s head after the World Series over the last few years.

As for the barbering business, she enjoys her line of work and would recommend that anyone wanting a great career should look into becoming a barber. Take that George Clooney!