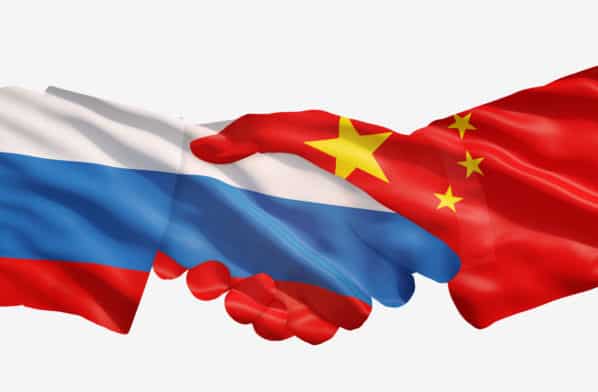 Global markets regained their footing this week, as expected good news on the trade front produced a “relief “rally in equities. Who cared that there was little substance to the deal? Investors decided that even a tiny deal was worth more than no deal at all.

As I wrote last week if “Trump believes he needs a ‘win’ to counter the slowing economy and the impeachment inquiry, then even a half-hearted deal might be in the cards. In which case, we could see a 10-15% move higher in the averages.”

But before we pop the champagne, I want to see exactly what the trade deal agreement actually says. So far, we know that both sides have agreed to some kind of currency manipulation. Sources say that the Chinese promised not to devalue their currency, which is something that they have been doing to reduce the impact of U.S. tariffs on their exports for the last six months. In exchange, the U.S. will not levy new tariffs on their goods.

Then there is the Chinese willingness to buy more food from the United States. We don’t know the details, but grains and maybe hogs might be on their shopping list. The real substance of any meaningful deal from a U.S. point of view would be progress on protecting our companies from intellectual property theft and technology transfers. There has not been any mention of those issues.

I will go out on a limb here and call this a win-win for China. None of the substantive issues have been addressed. The currency agreement, as well as the Chinese agreement to buy more agricultural products, are Chinese offers that have been sitting on the negotiating table since February, if not before.

As for the currency agreement, international investors should be overjoyed since it mitigates one of the two main risks of investing in Chinese stocks and bonds. As in all foreign countries, you have market risk (stocks go up and down) and exchange rate risks.

For example, a few years ago in Europe, stock markets enjoyed double-digit returns. At the same time, however, the Euro weakened considerably. While that was great for EU exports, it really clocked U.S. investors. Just about all the capital gains generated by stocks were whittled away by the currency losses. It is one reason why foreign investments are almost always riskier than those at home, which are denominated in the U.S. dollar. The deal should make Chinese investments more attractive, while allowing the Chinese to return to their comfortable and stable managed currency float.

To understand why additional Chinese purchases of food from the U.S. is a win for them, readers need to understand that China has a lot of mouths to feed–almost one quarter of all human beings on the planet. A daunting task for a country that only holds 7% of the world’s arable farmland!  To make matters worse, urban expansion and break-neck industrialization over the last three decades have put even more pressure on China’s agricultural land bank.

In addition, as I pointed out in a column a few months ago, China is also grappling with a highly contagious and fatal hog virus that has decimated their pig production. It has practically wiped out half of their entire herd, sending prices skyrocketing and consumption of hog products falling. So, any deals on importing more food to China is a hands-down win-win for China.

The problem I see for the U.S. stock market and our economy (as well the global economy), is that without an end to the U.S./China trade dispute, this “skinny” deal will simply kick the can down the road. It will do nothing to change the dynamics of the last year and a half.

Corporations will still stand back, investments will continue to falter, Trump will continue to threaten more tariffs (when he feels like it), and confidence will sag. Over time, the manufacturing recession will spill over into the rest of the economy and at some point, the stock market will recognize this.

On the political front, I suspect there will be no final deal until after the 2020 election (if ever). The Chinese got what they wanted and can play the long game, while Trump faces impeachment. The President will likely try to use his skinny deal to impress and distract his base while promising a real “tough” deal if he is reelected. In the meantime, I expect the global economy will continue to slow with the U.S. economy dipping into recession sometime next year.

Readers may recall that I saw right through the Trump tax cut of 2018. After an initial bounce, the stock market has gone nowhere, the economy has fallen (instead of growing), and none of the President’s or the Republican Party’s promises amounted to a hill of beans. It took the stock market some time to figure that out. We have a similar situation today, only now it’s the China deal.

I say enjoy the ride while it lasts. As a cynical contrarian, I suspect we could see new stock market highs ahead. However, for me, it feels more and more like the final run before a change in strategy. Sometime this fall into winter, investors should begin to contemplate an exit strategy. Let’s monitor the situation and by all means keep reading.

Stop in for free, judgement-free financial advice! Financial Advisors Holly Simeone, CES™ and Lauren Russo, CEPA, FPQP™, CVB, together with Paraplanner Angela Elzner, FPQP™, invite you to invest in your financial health by joining them during Open Office...
Bundling up on Black Friday to shop for great deals on TVs, iPods, and holiday gifts while still full of Turkey and stuffing is a thing of the past. While our bellies have remained stuffed, our Black Fridays...
For the Federal Reserve, slowing inflation may mean slashing job growth. Will we trade high inflation for high unemployment? Berkshire Money Management CEO and Founder Allen Harris explores how employment is impacted by interest rates, and why the...