This month would be a good time to go on vacation. Otherwise, you might be tempted to do something rash like chase stocks or sell at their lows. That is the kind of market volatility investors should expect in August. 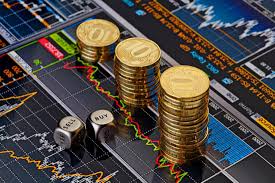 The market’s trading range is still intact and should continue and keep stock market values corralled into September and probably October. We had our moves up to the old highs (or slightly beyond) in most of the averages in July. A combination of anticipated stellar second quarter earnings and somewhat less rhetoric from the “Trumpster,” allowed equities to notch their fourth month of gains.

Second quarter earnings have come in as expected for the most part, but much of that excitement is behind us. We still face the prospects of a trade war and all that might entail. The Fed is on hold until next month, but the bond vigilantes are expecting the central bank to raise rates again in September. In the absence of any market-making good news, it would be a safe bet to expect stocks to drift lower by a couple of percentage points.

Since the real action won’t start until after Labor Day, any pullbacks or melt-ups will be trader-induced, on low volume and are as liable to reverse at odd or unpredictable times. This could last a few weeks until the algos and day traders exhaust themselves. By the end of the month, watching grass grow should be more exciting than watching the tape.

Since I am not a political analyst, you—reader–will have as much insight as I do on whether the GOP will maintain their majority in the House and/or Senate, or cede those positions to the Democrats. The question to ask is how the markets will react to the mid-term election outcomes.

If the GOP emerges victorious, I suspect stocks will rally. If the Democrats win, there may be a bit of disappointment, at first, but then markets will soon realize that with a stalemate in Congress is a good thing for the markets.

In prior years, when Congress was divided, (think the Obama years), markets rallied because the logjam in Congress meant no new legislation. That equaled predictability and removed politics from the investment equation. Remember, investors like an atmosphere where they can count on the status quo to continue. Granted, it may not be good for the country, but it is usually good for stocks.

The caveat must be Donald Trump. Nothing about the president is predictable. With a hung Congress, he may well resort to executive orders to advance his objectives. He may even reach across the aisle in some areas to forge a deal with the Democrats. I would expect a divided Congress would also increase the pressure on the president personally, as well as his cabinet, in the Russian investigation, personal finances, etc.

If the Republicans win, and Trump also increases his base support, it is anyone’s guess on how the markets will react.

On one hand, Trump’s Transformation of America would likely proceed with the ship moving at full-speed ahead. More tax cuts for the wealthy, the Wall will finally go up, immigration will slow to a trickle, business will enjoy even more benefits and the markets would celebrate.

However, a full-blown trade would also become a real possibility. Higher tariffs would spark runaway inflation, interest rates would spike higher, the deficit would balloon, while tax revenues drop. Economists and Wall Street, alike, are convinced (although Main Street is not) that the kind of tariffs Trump is threatening will not only hurt the U.S. economy, but would most likely sink the global economy. A combination of all the above would be a “bridge to far” for the stock market, in my opinion.

In any case, preliminary polls (if they can be believed) indicate a tight race. Traders are already re-programming their voice-activated computer trading bots to sell or buy on the latest polls. The media, social and otherwise, will have a field day extrapolating every nuance and wrinkle of the race.

And, of course, we can count on a continuous stream of tweets cascading from the White House interrupted only by the delivery of yet another Big Mac with fries. Given that scenario, you better rest up now because this Fall could be a real humdinger.