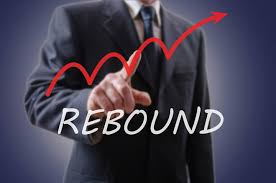 It had to happen at some point. The averages declined almost every day for three weeks in a row, so a relief rally should be expected. The question is how long will it continue?

Unfortunately, that depends on the price level of oil. The bounce in stock prices that began on Wednesday was directly related to the bounce in oil. Oil has gained over 10% in just two days. Traders believe we still have not seen a bottom however. No one knows when and at what price oil will finally bottom. Until it does, stocks will be held hostage to the energy market.

In the meantime, everyone has a theory for why the global markets have had such a tumultuous three weeks of declines. Some are saying that the markets are predicting a future event, most likely a global recession. And that it is simply not showing up yet in the economic data. The problem I have with that line of thinking is that the stock market has not been an accurate indicator of recessions (predicting the last nine out of five recessions as an example).

China is another worry. Investors fear that the Chinese government will continue to devalue their currency, the Yuan, causing a currency war while somehow slowing the growth of their economy even further. No question that the Chinese economy has slowed and is presently growing at “only” 6.8%, but from a much larger base.

Then there are the Fed heads who are blaming the decline on our Federal Reserve Bank, as if a quarter point rise in the Fed Funds rate could remotely impact the strength of our economy let alone that of the global marketplace.

Since none of these arguments make the least bit of economic sense, in my opinion, I have to believe that what we are going through is a technical correction. As such, there is no use in trying to come up with the reason for this sell off. Markets, on occasion, need to pull back to a level where buyers once again appear. At some price level investors will perceive that there is real value once again and then the correction will be over. Have we reached that level?

It’s hard to say. I have written that we have been overdue for a 20% correction. The last one was in 2011. If we measure this pullback from the highs of last December, we have declined about 13% on the S&P 500 Index. On Wednesday, for a brief moment, that index touched 1812.That was eight points below the support I talked about in my last column. It rallied from that level and we are still climbing as of this writing.

However, neither the NASDAQ nor the Dow Jones has yet to hit their August/September lows. That can be taken two ways. Either there is more downside to come, or the bulls will argue that the other averages have not confirmed the lows of the S&P 500 (a positive divergence). My opinion is that we most likely have more downside before all is said and done, but from what level?

That depends on oil as well as stocks. The S&P 500 Index should at least reclaim the 1,900 level if not higher. After that, depending on the data, I am guessing we re-test the lows of this week before I can sound an all clear in both markets. Don’t even consider selling anything at this level. This is a time to be buying not selling because I fully expect markets to recoup all of their losses in the months ahead.