All three U.S. indexes hit record highs this week. Despite little information from the Trump transition team, investors are forging ahead convinced that we are at the dawn of a new economic age. They may be right, but now we should see a return to a more normalized market. 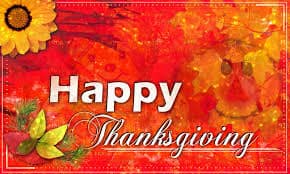 Investors piled into the stock market again this week selling their bond holdings in exchange for stocks. And it was not only the three main averages—the Dow, NASDAQ and the S&P 500—that made record highs. The small-cap Russell 2000 index, the Mid-Cap index as well as a slew of various sector indexes also broke records. Since all the companies in those indexes are U.S.-based, that makes sense.

You see Trumpanomics, a new word in the financial world, benefits U.S. companies above all else. Tougher trade policies with other nations, on the other hand, would harm foreign countries and their corporations, especially in emerging markets. Although the president-elect has said little about trade policies since the election, investors are dumping overseas investments anyway and charging in to U.S. steel, copper, industrial and financial stocks.

Some Wall Street analysts are speculating that we could be on the verge of a great unwinding. For forty years, we have had a love affair with the bond market. As interest rates fell worldwide, bond prices climbed year after year. It was great while it lasted. Since 2009, for example, over $1 trillion have found their way into the bond market while, despite record highs, stocks have seen only $400 billion in inflows.

But since the election, interest rates have spiked worldwide as investors sold bonds and bought stocks. Last week, alone, U.S. stock funds saw the highest rate of inflows in over two years.

Until now, record low interest rates, the fear of stagflation and global slow growth had kept investors buying bonds but Trumpanomics may be the spark that could finally unwind that trade. If, as traders believe, a $1 trillion-plus infrastructure government spending program is around the corner, both the economy and the rate of inflation is bound to pick up.

Given the newly-found animal spirits of the markets, one might expect day after day of incremental gains in the stock market but that is not how things work. Even though I remain bullish on stocks and on America, I suspect the markets are transitioning back into a more normalized environment.

That means the easy money on the Trump rally has now been made. What comes next will be a period of pullbacks and then gains. New highs are in the offing, but they will be punctuated with more sell-offs. I still believe the target for this stage of the market is 2,240 on the S&P 500 Index, give or take a couple of points.

After that, the fortune of the markets will be tied to how much and how soon the new president will deliver on the economic front. Remember, too, that the Federal Reserve Bank is expected to raise interest rates in December. I believe that a quarter point hike in the Fed Funds rate is largely discounted by the market already, but what will be interesting is how the Fed views next year. Will they telegraph to us that further rate hikes are in the offing; if so, how many? That too may provide a temporary time-out in the market’s climb, as investors assess what higher interest rates will mean for the future of U.S. economic growth.

There is nothing quite like the giddiness we feel when markets go straight up for a successive number of days. It almost (but not quite) makes up for the pain of losing money in a downturn. Yet, that is the nature of the stock market. This Thanksgiving we can give thanks for this relief rally. After 18 months of the worst presidential election campaign in memory, we deserve it.