Nowadays, when you go into the supermarket or retail store, prices seem to be inching up on a daily basis. It is not your imagination. As commodity prices continue to climb, so do the prices you will pay for everything from cotton to coffee. 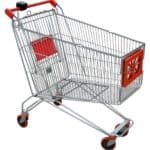 Back in September of last year, I warned that consumers would begin to feel the pinch of higher prices about now. Since then, basic materials and other raw commodities have joined the party, leaving you and me with much higher shopping bills in the near future.

And it’s not just we consumers that are feeling the pinch. Restaurants, hotels, cruise lines and other travel-related businesses are also being squeezed by rising food and energy costs. Soaring global food prices, particularly for meat, sugar and coffee, are threatening the already-fragile recovery of these businesses, which are having a difficult time passing on these higher prices to cash-strapped consumers.

A combination of events has caused this unwelcome trend. Some readers may recall my two part series last summer on weather and its impact on the world economy. Bad weather in the form of drought and floods descended on certain crop growing areas of the world last year wreaking havoc on traditional grain producers in Europe, especially Russia. Floods in Australia have also reduced by half some mineral production, such as iron ore, which impacts the production and price of steel.

At the same time, demand for all commodities is increasing on the back of the world’s economic recovery. That recovery is in part a direct consequence of our government’s (and others) monetary response to the financial crisis over the last two years. Central Banks have flooded the world with money igniting inflation, especially in those areas of the world that were already growing quickly such as in the emerging markets.

This shortfall in supply and increase in commodity demand is resulting in higher prices for consumers. Here in America, it may mean a little less steak on the table and a few more meatballs. Overseas, in places such as China or India, higher prices can mean no breakfast, lunch or dinner for millions of poorer families. That is sparking demonstrations and riots in the capital cities of many emerging markets. Here at home, we are just barely feeling the first mild wave of inflation. In emerging markets, inflation has already established a firm hold on their economies.

We can expect a lot of manufacturers and retailers to hike prices shortly for a wide array of basics from meat and pork to cotton underwear, tee shirts and jeans. It works like this: the less processing and the greater the content of a commodity involved in a product, the higher the direct impact on price.

More cotton, for example, is used in T shirts than party dresses, so expect price hikes in T shirts. The majority of corn production is devoted to feeding cattle, hogs and other livestock, so we will feel the impact when buying those items in the supermarket. On the other hand, soaring wheat prices will probably have a direct impact on the price of a box of Wheaties.

Depending on who you talk to, food prices could increase anywhere from 2.5 -4% this year. Jeans will jump by 4.3%, socks 2.7%, sweatshirts and sweatpants by 2.4% and T-shirts by 1.8%, according to a story in the Wall Street Journal. Maybe you should consider buying this summer’s wardrobe now and while you’re at it stock up on some Wheaties.