Now that President Obama has signed the budget deal passed by Congress last week, it is time to take a look at how retirees have fared under the new provisions. For the most part, the changes were positive for elderly Americans. 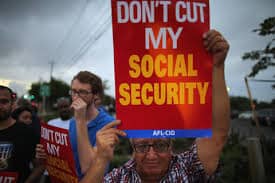 In last week’s column, I warned that the demise of File and Suspend and Restricted Application, which are Social Security claiming strategies, was all but certain. The final legislation confirmed that, but fortunately the new rules do not take effect immediately, as many had feared.

Those who are already receiving benefits from these strategies will be grandfathered in, meaning their benefits will not be affected at all. In addition, those who will reach retirement age within the next six months (or who are already retired), will still be able to take advantage of these strategies, at least until April 30 of next year. Anyone born after 1953 (or befor) can still do a Restricted Application for spousal benefits, even if the filing won’t occur until years from now. For those who fail to fall within the above age guidelines, these claiming strategies are now off the table for you.

There is, however, some good news for seniors. Social Security disability insurance, which has been in a financial crisis, has been rescued, at least for now. There are 11 million Americans receiving disability benefits. These beneficiaries were facing a 20% cut in their benefits by 2016, but now that has been put off for three years. Lawmakers found a stop gap solution. Congress is increasing the percentage share of social security taxes (from 1.8% to 2.37%) that are ear marked for disability, thereby averting a shortfall.

At the same time, retirees were bracing themselves for a substantial hike in Medicare Part B premiums. These hikes could have amounted to as much as 52% for some beneficiaries. The budget deal averts that by allowing the U.S. Treasury to lend $7.5 billion to the Medicare program.

Premiums will still rise, by about 15%, which is still a sharp hike, but better than the worst case scenario. In two years, Medicare beneficiaries will have to start repaying that loan by paying roughly $3 per beneficiary, per month.

In the future, we can expect more changes like this to occur as legislatures grapple with the runaway costs of the U.S. entitlement programs. I am not a believer in the death of Social Security, as so many predict. Instead, retirees will continue to see compromises, adjustments and the grandfathering of existing beneficiaries of our entitlement programs as lawmakers come up with solutions.

Political analysts were surprised by the common sense approach to these latest Social Security and Medicare negotiations. Now that Paul Ryan has taken the reigns as House Speaker, expect to see the same kind of approach in resolving entitlements, as well as tax reform. I don’t expect any “grand bargain” on either issue. Readers may recall that both the president, as well as former House Speaker John Boehner, had repeatedly (and unsuccessfully) attempted to achieve such all-encompassing deals. Instead, expect moderate changes, pragmatic bargaining and incremental fixes to these programs. That’s what I call progress.