The markets have been consolidating their New Year’s gains this week. My take on the U.S. market is once this period is over, the markets should gather a bit more steam before pulling back in a deeper correction sometime over the next few weeks. 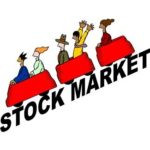 Overseas, emerging markets are due for a break. Those markets have garnered a 20%-plus gain over the last few months, so I expect some profit-taking and sideways action in the weeks ahead. There is nothing fundamentally different in the up-from-the ashes story I have been telling.

It is simply what stock markets do—two steps forward, one step back. It’s the nature of the beast. You can expect anything from a one to five percent correction, 3-4 times a year. It is the cost of doing business in the stock market. If you can’t stand that kind of heat, you have no business investing in stocks.

Dividend-paying stocks are back in vogue, as are preferred shares. Unfortunately, many investors listened to their accountants and sold those securities prior to the end of the year. Those CPAs, fearing the worst, urged their clients to sell their dividend stocks before taxes on capital gains, interest and income were raised. I advised readers not to sell, believing that a deal would be struck and if those taxes were raised they would be modest increases at best. That turned out to be the correct call.

The economic data still points to better growth ahead for the U.S., which should help lower the unemployment rate. Those numbers will gradually improve in the months ahead unless Washington decides to cut spending drastically. I don’t think that will happen, but the perception that it might occur is going to generate volatility in the markets.

Although the noise out of Washington this week has been less strident then in the recent past, I expect the spending debate will heat up with the Republican-controlled congress using an extension of the nation’s debt ceiling to extract deeper cuts from the White House. The President has defiantly insisted he will not allow the congress to use the debt ceiling as a bargaining chip once again.

Here, my dear readers, is the stuff that will generate additional drama, more ideological speeches and battles, more eleventh hour deals (or possibly not). I believe the outcome, like every other outcome of this dysfunctional government, will be a deal of sorts. But in the meantime, if the past is any guide, we will see the market swoon in fear and panic, fueled by dire predictions from our nation’s leaders.

We are at the beginning of 2012’s fourth quarter earnings reports. It is too early to tell how those earnings will jive with Wall Street’s expectations. So far, the results have been mixed. Until the debate in Washington heats up, investors will focus on those earnings with many of the financial companies scheduled to report in the coming week. That sector has had a great run, so there is little room for disappointment in the short term.

My guess is that we inch higher, maybe another 2-3% to around 1,500 on the S&P 500 Index before we experience a pullback of the magnitude of 5-6%. After that, we wait for the politicians to come up with solutions to the spending cuts, the debt ceiling and whatever else waits for us behind the scenes. My advice is to do nothing; watch the fireworks, stay invested and wait for the smoke to clear. That is what I am doing.