Recently, New York became the first state to offer a tuition-free college education to middle-class students at two and four year public colleges. Tennessee, Oregon and the city of San Francisco have also given similar benefits to students attending community colleges in their states. It’s about time. 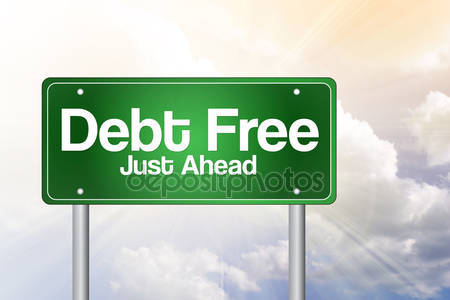 The headline of this column was taken from a series of articles I first published six years ago. At the time, I argued that the benefits of a college education today were about equivalent to the worth of a high school degree back in the 1940s and 1950s. Back then, graduating from high school opened the door to a good job, while creating a population of largely, law-abiding citizens (and guaranteed educated cannon fodder for the country’s military in time of war).

Back in the day, when Thomas Jefferson first suggested creating a public school system, he and others like him argued that a free and common education would create good citizens, unite society and prevent crime and poverty.   It took decades before that concept became law but, once implemented, it worked as the founders expected.

However, as society changed, a high school education was no longer sufficient. The computer age ushered in different educational demands and skill sets that students could only acquire in a higher-education environment.  For all intents and purposes, college (and vocational schools) has replaced high school as the entrance ticket to the “American Dream.” As such, I reasoned that since public high school education is free in the United States, why then should Americans pay for college?

Under the New York legislation, tuition will be free for residents who earn up to a specific income cap, which will be phased in over the first three years. Families who earn less than $100,000/year would qualify for free tuition. Over the next two years that income level will rise to $110,000 in 2018 and $125,000 in 2019. The other tuition-free initiatives in Oregon, Tennessee and San Francisco have made tuition free for residents at all community colleges, regardless of income.

New Yorkers are required to take 30 credits a year, although students who encounter hardships can pause and restart the program or take fewer credits per semester. College will still cost money. The cost of fees and room and board, for example, are still the student’s responsibility and could cost as much as $14,000/year.

In announcing the program, its author, Governor Andrew Cuomo, said “Today, college is what high school was—it should always be an option even if you can’t afford it.”

State officials estimate the program will cost $163 million in the first year with 200,000 students’ eligible for the new program. Now, Rhode Island is considering a similar law that would make two years of public college tuition-free.

Criticism of the program largely centers on the cost. Higher education has gotten so expensive through the years that some form of government assistance already picks up the tab for half of the nation’s education costs through a maze of loans, credits and whatnot. It appears that government has recognized that “pricing out” education for a growing portion of the population might not be such a good idea.

Others question the worth of a college education if it is free. What is the incentive to excel, to find a good job afterward if you pay nothing for it? They argue that so many young people today ‘hide out” in college, majoring in the easiest subjects possible (regardless of job market demand), while partying half the night and every weekend.

They have a point. My suggestion: while tuition may be free; to receive it you must excel in the entrance exams and have maintained good grades in a variety of subjects in high school, if you don’t, than pay your own freight. What are your suggestions?