United States demographics indicate that the senior population in this country is growing at twice the national average. As more and more Baby Boomers retire in the years ahead the demand for senior housing is set to skyrocket. 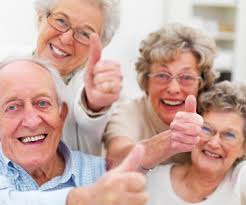 Independent living facilities, where the elderly are still active and relatively healthy, are driving the growth in the overall retirement market. Occupancy rates have reached 91.3% and the overall growth rate in this sector is averaging about 6% a year. Since seniors will represent 20% of the U.S. population by 2030, according to the U.S. Census Bureau, this segment of the housing market will continue to grow. The demand for these communities will continue to rise by the 500,000 people/year who will hit the age of 65 in the years to come.

Although the vast majority of Americans over 50 years of age still want to remain in their homes indefinitely, that may not be possible as health and other factors force them into alternative living styles. And the so-called nursing home business has been given a bad rap (and deservedly so), thanks to decades of accounting scandals, operational issues, excessive debt and poor, regimented living conditions. The good news is that this industry, so many of us fear, is actually getting a facelift.

Surviving players and new entrants in the senior living industry have acquired a better understanding of what make seniors happy. They have adapted programs and amenities that are starting to attract the elderly. Back in the 1960s, when retirement communities were first built, big was beautiful and some developments numbered 25,000 homes or more. Today, planned developments range from 20-30 units to as large as 300-400 units, but rarely larger than that.

The cookie cutter approach has all but disappeared and in its place is a focused customizing strategy that transforms each new resident’s experience within the senior living community into something uniquely their own. There is also a renewed emphasis on home ownership rather than renting, since 80% of seniors, age 65 and older, are accustomed to being homeowners rather than tenants and they want to keep it that way.

The senior housing market is normally divided into several categories ranging from active adult communities, which are typically condos, co-ops or single-family homes with minimum or no services offered to those who are less active and may have more difficulty with routine housekeeping might prefer independent living facilities that supply everything from meals to organized group activities.

However, the days of long institutional hallways filled with drab rooms and silent residents watching visitors walk by are long gone. Instead, expect to see beautiful resort-style communities that offer residents exercise classes, fitness rooms and amenities and services that you might see at a luxury resort or on a cruise ship. Monday it may be cooking classes offered by an in-house chef. Tuesday could be golf pro lessons on the community links. Some communities have their own broadcast stations, social media sites or newspapers where residents take an active part in producing the news or entertainment.

As the population grows older it is also growing smarter. For the most part, seniors are more educated than ever before. They know what the future holds and are more willing to take control now. Moving into a beautiful senior living community at a younger age is making more and more sense to a growing segment of the elderly population. I expect that trend to continue.