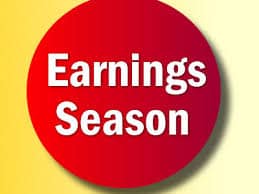 The final revision of first quarter GDP resulted in a contraction of -0.02%, which was less than the -0.07% decline that was originally reported. The culprits: bad weather, the West Coast port disruptions, a decline in energy spending and a strong dollar. Over the second quarter some of these negatives should begin to dissipate.

Weather has taken care of itself. The ports are back to business, although the logjam that was created by the labor strike could linger on and spill over into some companies’ results. Energy spending is still down with little hope for an uptick until oil prices improve. After reaching a bottom in the low $40s, oil has traded in a tight range around $60/bbl. for weeks.

The dollar has halted its ascent and has also been trading in a tight range against most other currencies over the last several months. That may have allowed multinational companies to hedge their exports at more reasonable levels. However, the dollar has not really declined much from its’ twelve month highs. That could mean there could still be currency related earnings declines.

Wall Street analysts had originally been predicting earnings would decline by 4.7% last quarter, but when all was said and done earnings actually registered a 0.30% growth rate while the total revenue decline was -2.9%. At the end of March, analysts were still expecting that second quarter earnings would decline by -2.2%. So far 77 companies have issued negative guidance for the quarter, while only 29 have issued positive forecasts.

The earnings season won’t get into full swing until the second week of July, but given the lack of other things (except Greece) to fret about, investors may pay undue attention to the results. As I have mentioned before, I’m not looking for many upside earnings surprises this quarter. Earnings will be ho hum for the most part and as a result will continue to cap any potential gains in the stock market here in the U.S. I expect we will see much better news in the third and fourth quarters, however.

Where does that leave us– in a continued trading range that could take us into August or even September. We could see a 5-6% pullback at some point, especially if the Fed does decide to raise rates in the fall. If so, I would expect any sell-off to be temporary at best and an opportunity to buy the dip. In the meantime, I still see better prospects overseas.

China is in the midst of a much-needed pullback in its “A” shares market. We are only 100 or so points from a full 20% correction in that market in just two weeks. As I have warned readers several times, Shanghai is one of those wild and wooly markets that should not be more than 5-10% of anyone’s portfolios.

But it is almost always a good idea to buy “when the blood is running in the streets,” as Baron Rothschild once said. It doesn’t get any bloodier than this in Shanghai for those with a brave heart and nerves of steel. No one ever calls the bottom, but buying a little at a time as a market declines is the way I do it.

As for Europe, investors are exhausted over the wrangling between Greece and its creditors. I believe that any negative fallout from Greece has already been largely discounted by the markets. Stay invested, stay calm and use any declines, especially overseas, as a buying opportunity.

Dalton — According to the Spectrem Group and the May edition of its monthly survey of more than 800 investors, most people do not believe that the economy should be reopening. Too, while some are optimistic about the future...
Dalton, Mass. – The events of the last few weeks have brought directly to the forefront the longstanding inequality and injustice that plagues our communities, our cities, our schools, and yes, even our homes. We cannot be silent....
Whether you’re planning for retirement or selling your business, this Dalton firm is ready to optimize the experience so you get the most out of your assets, and your life DALTON — Allen Harris wants you to picture...