“… He’s got jellybeans for Tommy,
Colored eggs for sister Sue,
There’s an orchid for your Mommy And an Easter bonnet, too.”

This year’s early spring could mean a little extra cash in retailer’s Easter baskets. Despite gasoline prices approaching $4.00/gallon, consumers are shopping for everything from hams to hydrangeas. 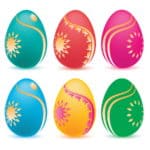 Overall revenues are expecting to increase by 11-14%. That would make three years in a row where retail revenues have risen in the March/April period. The unseasonably warm weather we have been enjoying has helped chain store sales post their best weekly gains in more than 11 years.  Easter also happens to have arrived 16 days early this year. The combination of the two developments could mean as much as $16.9 billion more this year, according to the National Retail Federation.

Easter is the 4th largest spending holiday in America after Christmas, Back-to-School, and only slightly smaller than Valentine’s Day. The average consumer is expected to spend $145.28 (up 10.9% from 2011) and 25% higher than the dark days of 2009. The average male shopper will outspend women, with shoppers in the 25-44 years age category spending the most.

Almost 19% of Americans will shop online this year while as many as 46% of shoppers will at least use their mobile devices to comparison shop and/or research product and retailer  information. Yet, Americans are still looking for a deal. Over 63% of spenders are heading to discount stores as their first stop for Easter purchases, followed by department stores (42%) and specialty stores (25.4%)

My first stop will be at the supermarket where I will pick up a free turkey or ham as a result of accumulating $300 in shopping points over the last two months. It is no surprise to me that food is the top category of spending for Easter and Passover with 87.7% of shoppers buying $5.11 billion in ham, lamb, turkey, and fish with all the trimmings. Ham prices have been higher than usual over the last two years, thanks to high feed costs. A typical ham is selling wholesale for 75 to 80 cents per pound this spring, well above the 55 cents per pound it has averaged for the previous five years.

Candy is also a big item. Easter comes in second after Halloween as the top candy selling event of the year, according to the National Confection Association. We will spend $2.346 billion to fill our children’s Easter baskets this year spending an average of $20.35 each for sweets.  Flowers and greeting cards on the other hand, while experiencing healthy sales, are not as important during this holiday. Still, Hallmark Cards reports Americans will send $57 million greeting cards this season, which makes Easter the fifth highest holiday sales period for them.

More than 7,500 warm temperature records were set last month. The warmest March on record was set for Chicago, Oklahoma City, Milwaukee, Detroit, Kansas City, Nashville, Indianapolis and Tampa, while it was the second warmest month in the history of New York City and Philadelphia. The warm, dry weather in two-thirds of the country spurred additional sales in a host of product lines. Spending for lawn and garden supplies was up 39% in March over last year. My wife, Barbara, had a hard time buying a rake at our local Tractor Supply store because the sales clerk said they had been sold out weeks before.

Spring clothing sales are also benefiting from the demand for new Easter outfits, while young and old alike are shedding overcoats and scarves to hunt for that perfect pair of shorts or tank top.

All in all, Easter this year should be gangbusters. What retailers worry about now is whether the strong sales now are only pulling demand forward. Will the heavier spending carry over into the summer or will shoppers, having depleted their spending limit, simply put their hands back in their pockets until the fall? I suspect additional consumer spending will depend upon how strong the economy will be and how fast unemployment will fall during the next several months. In the meantime, I wish you my readers a Happy Easter and Passover.