Evidently disappointed that the world didn’t end on Friday, the Republican-controlled House took matters into their own hands. Rejecting any compromise at all, the Tea Party members of the GOP rejected out of hand their own Speaker’s “Plan B” and then took off until after Christmas. 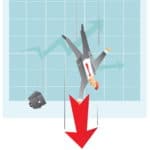 John Boehner, the Republican House Speaker, who tried to convince his party to pass a bill raising taxes on those earning over $1 million failed miserably. He then threw the ball back to President Obama and the Democrats, knowing full well that without the Republican controlled-House no compromise can be achieved. The canceled House vote occurred Thursday night. World markets sank in stunned disbelief.

Disregarding the majority of American voters as well as the opinion polls against cutting spending, in my opinion, the Republican Party has chosen to dictate to the people what they think is best for you and me. By refusing to compromise, we now understand exactly who these GOP Congressmen represent.

Most, if not all of the House of Representatives earn more than enough to be classified as part of the top 2% of America’s most wealthy citizens. Clearly, there is a high level of self-interest at work in their refusal to compromise. These same Republican Tea Party members are also beholden to a handful of right-wing billionaires who have financed their campaigns in 2010 and in 2012. The reality is that a small group of radicals have taken this country hostage. What can we do about it, unfortunately, very little, since this same group of dictators was re-elected to the House.

Investors who chose to vote for these people and those like them can only blame themselves for what comes next. They may think their party would protect them from a tax hike, but if the Fiscal Cliff isn’t resolved before January 1, their taxes will be raised automatically. And at the same time, if we go over the Fiscal Cliff, the markets will decline and the 2% (who have the most money invested in the markets) will take a second hit to their wealth. If ever there was a case of Republican voters shooting themselves in the foot, this is it.

Color me an optimist however because I still believe there is a chance that saner members of the government can prevail, despite the maniacs. There is a chance that what moderates are left in the Republican Party could join forces with the Democrats and still hammer out a compromise. It is a long shot but it could happen.

Failing that, we could go over the Cliff temporarily and then reinstate the tax cuts for 98% of Americans, thereby avoiding another recession. That would also require the same kind of two-party coalitions. I doubt that Speaker Boehner is the man that could engineer that kind of deal on the Republican side. He is up for re-election as the House Speaker on January 3 and at this point the outcome is highly uncertain. I say good riddance to ineptitude.

Over the last two years less legislation was passed in the House and Senate than just about any time in this country’s history. Consider that the negotiations to avoid this Fiscal Cliff could have started anytime in the last 12 months but both sides chose to wait until after the elections on November 6. To date, our legislators have spent the last 50-plus days focusing on only this one issue. That is almost 15% of the year.

There are a multitude of issues facing this country. We cannot afford to spend 15% of each year on each issue. After the elections, I had some hope that both parties could meet, agree to disagree and yet compromise for the good of the country. It appears that I was wrong. The same obstructionists responsible for the past two year’s dismal record are once again going to dictate to all the people for the next two years.  Lucky us!