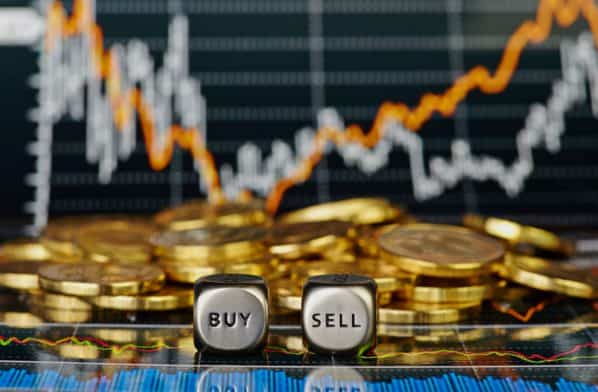 It has been one of those weeks where just about every day the stock market opened lower. But by the end of the day, one or more of the three main averages would rebound and close higher, usually close to, or at a minor new high. I expect it should continue.

And as stocks grind higher, more and more equity players are calling for a minor 2-3% pullback. Is that something that we should even care about? My answer would be no.

We are in a news-driven market. Most investors only seem to care about the latest news on a China Trade deal; that said, being out of the market appears to be riskier than being in it.

Many believe we are only one tweet away from a 5% upside move in the markets. Of course, we could also experience a 5% downdraft just as quickly, if things fall apart with China at this stage. Remember, too, that Chinese officials have also learned how to play the tweet game.

The president no longer has a monopoly on fake news. For every outlandish claim coming from the White House on a China deal, the Chinese media responds with fake news of their own. As a result, I imagine those algorithmic trading shops and their headline-driven, software computer models are having a hard time keeping up.

Of course, no one seems to care that this Phase One agreement was supposed to be a done deal a month ago. Either our deal-making president, par excellence, has been hood-winked once again by the Chinese in the negotiations, or the president is deliberately manipulating the truth to suite his own purposes. Given the president’s long history of self-vaunted integrity, that might be hard to believe, but readers can make up their own mind on that point.

Given that we don’t know if or even when this joke of a deal will be signed, all the markets can do is hope for better news in the weeks ahead. In the meantime, investor sentiment is being supported by the central bank Chairman, Jerome Powell.

Powell assured markets this week that the economy seemed to him to be in a good place, neither too hot nor too cold. Once again, he ignored remarks by the the president, who voiced continued disgust at Chairman Powell’s refusal to obey his wishes and lower interest rates even further.

There are also some issues that have yet to be addressed. One that has received a reprieve is the budget negotiations. Set to expire on November 21, Congressional leaders have agreed to extend the budget negations for another month, until December 20th. The president, evidently chastened by last year’s horrendous holiday government shutdown, has indicated he would sign a spending bill as long as it allowed for construction of his Wall.

The media’s main event this week, the impeachment hearings, have been met with a great big yawn on Wall Street. The thinking among investors is that whatever the results, the chances that a vote to impeach would pass the Senate is just too small to calculate.

In a similar vein, the socialist rhetoric of some Democratic candidates, such as Elizabeth Warren and Bernie Sanders, is just hot air, since investors are still convinced that (barring something dreadful that happens to the economy) Donald Trump will win in 2020.

Granted, prevailing opinion can change in a heartbeat, but for now, that is how the wind is blowing. The stock market appears to be in good shape. These “tactical” calls for a pullback would suit me just fine, if it were to occur.  A minor dip in the markets would be just the excuse I would need to advise adding more equity to portfolios.