Fourth quarter earnings results for the nation’s corporations kicked-off this week. Investors will focus on those numbers as they wait for the really big show at the end of next week. 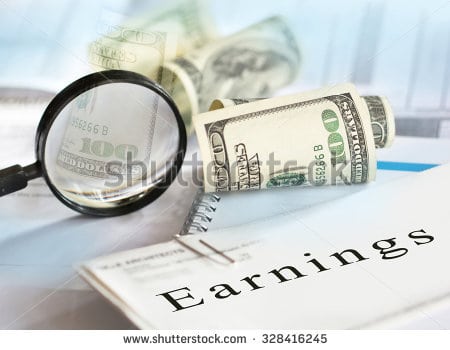 Our president-to-be will be inaugurated next Friday with all the usual fanfare. Investors and the markets usually ignore these displays of pomp and ceremony, but not this time. Whether it is the mercurial nature of our new president, or the fact that a lot is riding on how successful he will be out of the gate, the stock market is hanging on every word (or tweet) he makes.

Consider his press conference this week. To many, he did not say enough about his corporate tax cutting or spending plans. Traders sold the market down in a hissy fit. The pharmaceutical and biotech sector sold off hard when Trump reiterated that drug companies would be called on the carpet for their pricing behavior.

Buyers, however, saw the market’s weakness as an opportunity. As a result, the damage was contained and markets have since recovered. This, I believe, will be what we can expect from the markets in the coming week. Trump’s first hundred days, according to his transition team, are chocked full of initiatives, some, truly revolutionary. I don’t see the markets taking a big fall unless it is clear that all of Trump’s efforts will amount to naught.

In the meantime, earnings will drive the averages up (or down) depending on how robust the results actually are. Readers, by now, should know that the earnings game is a rigged casino where earnings estimates are deliberately low-balled so that companies can “beat” expectations. As such, the flurry of activity around results is purely trading-oriented and should be largely ignored. What most investors are expecting, however, is that after six quarters of declining earnings results, American companies are on the mend. If overall results do not buttress that belief, then the whole ‘growing economy’ thesis could be in jeopardy.

In any event, bank stocks were first out of the gate and results were respectable, if not stellar. This is a case in point. The financial sector has gained almost 17% since the election. The gains were fueled by two factors: the Fed was finally going to start hiking interest rates, which is good for bank lending. Second: investors expect big changes in bank regulation, which would also help bank profits.

Although one day does not make a trend, the initial reaction to Friday’s slew of banking results indicate that investors are pleased with the results, and especially with the more than rosy guidance most managers see in their company’s future. I do believe that over the long term, financial stocks are an interesting investment.

But rather than pin my hopes on any change in regulations, I believe the trend toward rising interest rates is what makes the financial sector attractive to me. Sure, I would like to see prices fall back a bit; but nonetheless, I believe that, like health care, the trend is your friend in this sector. If, at some point, Congress does alter banking regulations in a way that further benefits banks, well, that’s just gravy.

We have now concluded four weeks of sideways consolidation. I consider this action part of the correction I have been writing about. We are simply digesting the gains made in November and December. Technically, 2,250 is support for the S&P 500 Index. A move below that could easily happen, but would only indicate additional downside to 2,230 or so. That is well within the range of acceptable downside, considering the gains we have made. Stay long for now.