It was a turbulent week for U.S. stocks as the strong dollar and worries over possible rising interest rates spooked investors. But not all markets followed our lead. This divergence could be the beginning of a trend that could benefit your portfolio. 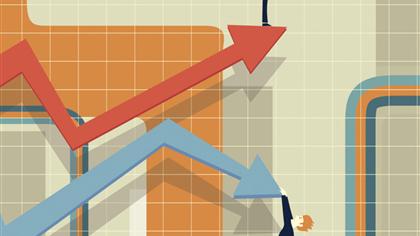 Normally, the American stock market is the big dog that wags the tail in international markets. When U.S. averages decline, foreign markets fall with them and vice versa. “De-coupling” occurs when the opposite happens like it did this week.

While U.S. stocks declined, both the Chinese and Japanese stock markets gained. Other Asian markets also did well, especially South Korea, which cut a key interest rate this week. So far in 2015, Japan is a clear winner, gaining 8.4% year-to-date, while China has trailed with only a 3.5% gain. However, those gains look good compared to the S&P 500 Index, which is flat for the year.

Europe, thanks to the launch of their own quantitative stimulus program, is up 15% so far this year but in all these cases appearances can be deceiving. If an American investor had purchased either European or Japanese shares without hedging the currency, those gains would have been much less. In the case of Europe, where the Euro has declined by 13%, the U.S. investors’ gain is about 2%, still better than the U.S., but not by much.

Recently, many equity strategists are coming around to my point of view. As most readers know, I’ve been bullish on Japan since June, 2011, when the Nikkei was trading around 8,900, compared to over 19,000 today. Readers also know that I have reiterated my positive stand on China, Japan and Europe several times over the last year and with good reason.

The worldwide trend by central banks to lower interest rates and stimulate their slow-growing economies is having a predictable positive effect on many foreign stock markets (as it did in the U.S. over the last five years). In contrast, our own Federal Reserve Bank has wound down our stimulus program and is preparing to raise interest rates now that the country is growing again. That has triggered a rise in the dollar and demand for U.S. Treasury bonds.

All of this sounds good and it is over the long-term, but short-term it causes problems here at home. Most large U.S. companies depend on foreign markets for a healthy share of their profits. The 23% rise in the dollar against a basket of currencies since last June has hurt profits considerably. So much so that analysts are predicting that 2015 could be the worst year for corporate profits since 2009 (when earnings fell 5.5%).

I am not expecting that sort of shortfall, but first quarter 2015 profits could decline by over 2% and the second quarter should be down as well. And adding to the export woes, the decline in oil prices is also having a negative impact on corporations in the energy sector.

Given this wall of worry, is it any wonder that our stock market should be trapped in a trading range? So far this year we have vacillated in a range of -3% to 3% and I expect that to continue until we have more clarity on all of the above concerns. Does this mean I’ve turned cautious on the U.S. market?

Not at all; American corporations have coped and even prospered in a strengthening dollar environment in the past. The stock market has also done quite well when interest rates have risen throughout our history, as long as rates do not rise too much. Lower energy prices have also turned out to be a great boon for economies worldwide. All that is required is a little patience while we wait for our economy to adjust to these conditions. And as we wait, a little money in certain foreign markets is not such a bad idea.