Last quarter, the percentage of Americans’ personal savings rate stood at 5.9% of their disposable income, according to the Bureau of Economic Analysis’s. Given that number had fallen to as low as 1.9% in 2005, that’s a large improvement. But who is saving and who is not is the real question to ask. 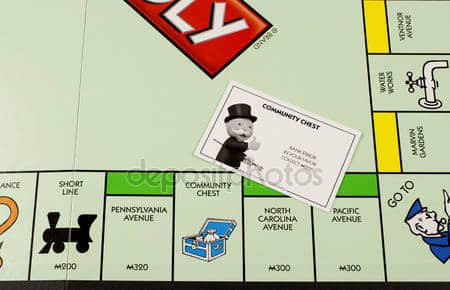 Our savings rate is clearly higher than it used to be relative to other countries. It is nowhere near the Chinese savings rate of 38% of 2014, for example, but it has improved to the point that we are now somewhere in the middle of the pack when looking at the 35 member countries of the Organization for Economic Cooperation and Development.

But before we break out the champagne in toasting our newly-thrifty nation, you might want to understand that it is most likely the top 10% of households who are responsible for the lion’s share of this improvement. Given that income inequality is at historically high levels in this country (comparable to what they were during the American Revolution), an argument could be made that the “haves” in this country are so rich that they can’t spend it all. And so they increase their savings rate.

We do know that as late as 2013, the bottom half of income earners saved little to no money. In 2015, a Pew Charitable Trust study indicated that 41% of households had less than $2,000 in savings and 25% of us had less than $400 on the side. After the financial Crisis there was some hopeful news for the common man on the credit card front. Debt had fallen every month from 2010 to 2015. However, it appears that is now reversing. At the end of last year, Americans had racked up $1 trillion in credit card debt, an all-time high.

The problem in America, according to many behavioral experts, is that we allow our life styles to dictate our savings rate, rather than the other way around. “Keeping up with the Joneses” is still alive and well throughout the country, as is the need to acquire the newest, most eye-catching devices or convenience.

To many of our citizens, our country ”owes” us a living while we have an inalienable right to spend as much money as it takes to make us happy.  Bottom line: 21% of working Americans are saving nothing and just 28% of us are saving more than 10% of our incomes, according to Princeton, Survey Research Associates.

In survey after survey, 38% of consumers say that the main reason they don’t save is because they have too many expenses. To be fair, some of their expenses may no longer be under their control. If you already had a lot of debt, for example, whether it is a home mortgage, college tuition, medical or credit card debt, a certain amount of expenses must be earmarked for these past liabilities. There may not be anything left to save. But it doesn’t give us license to keep spending more.

Procrastination is the second biggest reason for not saving. Over 16% of Americans admit that they simply haven’t gotten around to it. And the younger they are, the higher the number of non-savers. Younger respondents also argue that they don’t make enough money to save.

The good news may be that the unemployment rate is at record lows and wage growth is improving after years of stagnation. As a result, an outside observer might come to the conclusion that this should allow more people to save more, but this is America. The question to ask: will Americans save it or spend it? If modern history is any guide, I’m betting on the latter.

Bill Schmick is registered as an investment advisor representative with Berkshire Money Management. Bill’s forecasts and opinions are purely his own. None of the information presented here should be construed as an endorsement of BMM or a solicitation to become a client of BMM.  Direct inquires to Bill at 1-888-232-6072 (toll free) or e-mail him at email hidden; JavaScript is required

Dalton — At my firm, Berkshire Money Management, we get together to discuss all things that may, or may not, affect the capital markets. Whoever sits in the White House gets more credit (or blame) than they deserve for...
Sometimes, investors are so focused on the trees that they miss the forest entirely. Take the U.S. dollar, for example. It has been declining at an alarming rate, yet no one seems to care. Today, investors are so...
Investors have been giving Congress the benefit of the doubt—until now. A long-promised second tranche of fiscal stimulus was supposed to be passed by the end of the month. The clock is ticking, but the horse-trading has just...