What a difference two weeks make. Back then, if one took the warnings/advice of the media and much of Wall Street, we were facing financial Armageddon. Today, the markets are flirting with new highs. What lessons can we learn from that? 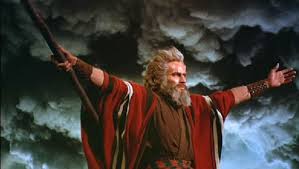 Number one: the media’s first and foremost objective is to sell advertising, if that means scaring its target markets into staying tuned (or reading the next page) then so be it. And I’m not just talking about the fringe elements. Greece, China and Puerto Rico led the list of doomsday stories that littered the headlines of some of the top news organizations both here and abroad.

That’s where Wall Street comes in. Reporters need sources and like politicians, many financial soothsayers thrive on publicity. They are more than happy to pontificate on “what ifs,” which somehow become facts when translated into news stories.

Despite the fact that Greece represents less than 2% of Europe’s GDP (Gross Domestic Product), the “Herd” intimated, hinted, or predicted (depending on who you were listening to) that the contagion effect of leaving the Euro would drag us all down into Hades. Greek Prime Minster Alexis Tsipras and his Syriza party was counting on just such a reaction from financial markets when he engineered his “No” referendum two weekends ago.

When the end of the world did not materialize, Greece did an abrupt about face and rushed back to the negotiation table. Since then, Greece has passed an austerity program and is now in the process of receiving much-needed bailout money. Greek banks and financial markets are planning to re-open this coming week.

In my last column, I advised readers that any fallout from the Greek debacle either here or abroad should be viewed as a buying opportunity. It was. World markets experienced a sharp but brief pullback. Since then various European markets have risen almost 10%, not counting the currency movements.

Finally, we have the Chinese stock market. Readers might recall that I was expecting a 20% decline or more in that market given its spectacular performance over the last 12 months. That prediction turned out to be more than accurate, since at its low the mainland Chinese markets were down over 30%.

Predictions that this market, which is relatively closed to foreign investment, would somehow provide a Black Swan event that would engulf our market and send the world into a financial meltdown was ludicrous. But, in an atmosphere of fear and worry, it was taken at face value by a panicked investing public. That decline was and is also a buying opportunity, although I suspect few have taken advantage of it.

Where does that leave us? The U.S. markets are at, in the case of NASDAQ, or nearing historical highs. So far this quarter’s earnings have come in better than expected (surprise, surprise). The Fed is still making noises about hiking interest rates an infinitesimal amount before the end of the year. Greece has averted another calamity but the drama is far from over. I expect more Chinese government support to bolster their stock market.

We can expect 2-3 pullbacks or more in the stock market of between 3-9% every year. We just had one. As I have advised readers all year —stay invested and ignore the background noise.