Most of the stock market went nowhere this year. With the exception of the NASDAQ, the rest of the market returned investors less than the average yield of a yearly CD 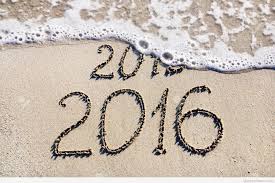 It was a disappointing year, to put it mildly. Recall the months of tension as the markets gyrated between up 3% and down by about the same amount. Then August hit and the markets declined precipitously, with the Dow Jones Industrial Average collapsing 1,000 points in a matter of minutes. Sure, the markets recovered, but if you had tried to trade that downdraft, you would have lost even more money, because the markets turned on a dime in October with no warning and recouped all of its losses.

What’s worse is that all the culprits that generated negative returns for stocks are still with us. The declining price of oil continues to ravage investors. You may wonder why declining energy prices should be such a negative for the stock market. Conventional wisdom says that if prices continue to decline, the chances of bankruptcies in the energy patch escalate and that is negative for stocks.

I may disagree, but at the same time you don’t argue with the markets when they get obsessed over something. No matter how crazy or irrational, you have to go with the flow until the flow changes. Then there is investors’ angst that the central bank will raise rates again and again despite the anemic 2.2% growth of the economy. If they do raise rates 3 or 4 times in 2016, investors fear that it will crater the economy.

Finally, global growth continues to be anemic with China’s growth the main concern. As China’s economy (the second largest in the world) struggles to find its footing, the country’s demand for natural resources also slows. This has caused the price of all kinds of commodities to go into free fall. But we know all this.

As we look ahead, one more uncertainty will gradually increase in importance in 2016. The U.S. presidential elections will become a larger influence on the market as November approaches. At this point, most investors have no idea what candidates will ultimately face off in the fall.

In a presidential election year, there is normally a down draft in the stock markets sometime before November. How deep the sell-off and how long it lasts depends on a great many variables. Not least of which is investor’s perceptions of who will win and what they will do differently from the old administration. The more unorthodox or radical the political platforms of the candidates, the more concern (and volatility) will be generated in the stock markets.

So for this coming year, investors should expect more of the same: volatility, angst, crazy swings in commodity prices, daily interest rate predictions from the Fed Heads and volumes of meaningless noise from the financial media. The days when you could just sit back and clip coupons or just assume a steady climb in stocks are over. You need to manage your investments now or find someone who can, and by the way, have a Happy New Year.