After this week’s stupendous rally, the logical question to ask is what happens next? Do stocks continue to move higher? Is it time to take profits? How do you navigate the future when there are still so many unknowns ahead of us? 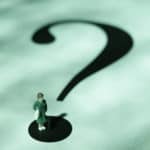 Let’s start with this week’s events. European leaders did announce a broad plan to save the continent although, as expected, the plan is sorely lacking in details. As I wrote last week in “”She said, he said”, Europe, by promising a fix sometime in the near future, can mollify the markets until such time as they actually do come up with a workable deal. Clearly, the markets gave their seal of approval to that strategy this week.

As important as the Euro Zone statement was, an equally positive development this week was the release of third quarter GDP, up 2.5% (and last quarter was revised upward to 1.6%). Those numbers clearly take any possibility of recession off the table for now. This is important because, for me, a recession would have indicated further downside in the markets to possibly the 950 level on the S&P 500 Index. No recession effectively removes that risk for the remainder of this year.

Next year is another story. If we continue to see little if any movement from politicians in Washington, then the risk is we simply postpone a recession until later next year. But that is still months away. Let’s stick with the here and now.

With Europe tackling their problems to some degree (see yesterday’s column “Europe: a train on the right track”) and our economy still growing slowly, the markets are right back where they were at the beginning of the summer. The markets effectively dropped 20% and then rebounded to roughly the same level.

Most likely, we will experience a bout of profit-taking soon, maybe this week or next and then trade in a tight range over the next month or so before experiencing a typical Christmas rally. In my opinion, we still have further upside this year but not much, maybe 5-10%. Readers recall that I advised remaining long the market through the last few weeks. I advise holding on for now.

For months I have urged investors to remain in defensive plays such as dividend yielding stocks/funds as well as income generating bond funds, whether high yield or investment grade. Granted these investments may not have garnered you the kind of gains that high tech stocks or banking shares delivered this week, but you probably lost less in the decline.

I still think those are good investments for this kind of environment.  In the meantime, I expect investors’ focus to shift back to the U.S. to some degree. Here, the next big date will be at the end of November, when the nation’s Super Committee will either fail or succeed in agreeing on further cuts to the nation’s deficit. Frankly, given the partisan politics, I am not holding my breath for a breakthrough in negotiations.

Whether you like it or not, I believe President Obama should be given a gold star for his efforts this week. Despite continued Congressional refusal to pass anything that might help the economy, the President has managed to circumvent the “Do Nothings” and throw a lifeline to Vets, to students, and to over one million families in desperate need of refinancing their homes. Although not the final solution to our economic problems, his efforts will reduce the pain and chip away at theses problems. No one else in Washington seems to care.