Most indexes ended the week where they started. While day traders may have lost or gained from intraday moves, serious investors simply ignored the constant and contradictory stream of news coming out of Washington. 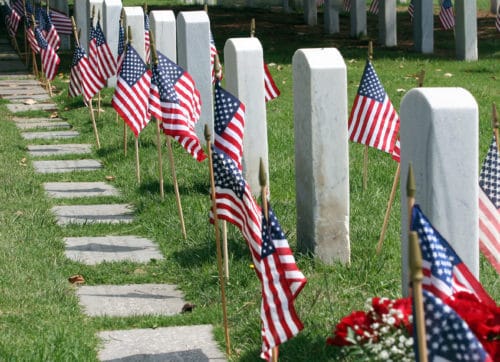 It isn’t worth the space to comment on all the on-again, off-again series of tweets and statements that has become part of our daily diet. The main events that did carry some substantive weight were the House rollback of the Dodd-Frank rules. This easing of regulations on all but the largest banks, removes the required ‘stress tests’ from most banks. While it relaxes some of the more stringent rules on banks, it does continue to regulate those areas that ushered in the financial crisis.

Bank stocks, which had already run up in anticipation of these changes, sold off on the news. Financial analysts believe that the new rules will trigger a wave of mergers and acquisitions among regional banks now that the government will be no longer watching every move they make.

The Federal Reserve Bank’s minutes from their May meeting were also released. It gave market participants some hope, at least for a day or two, that the Fed would remain accommodative regarding interest rates. None of the members seemed worried that the economy could be overheating.

While June and probably September rate hikes are still on the table, the Fed members appeared to be relaxed when it comes to their inflation targets. Inflation hit 2% in March, but the central bank does not appear to be overly concerned that it has reached that number. Some believe it won’t remain there and will fall back in the months ahead.

I guess the biggest disappointment for investors was President Trump’s announcement that the June 12 summit meeting between him and Kim Jong Un is now off the table. Stocks worldwide sold off on the announcement. Whether or not this is just one more tactic in Trump’s “Art of the Deal,” remains to be seen. However, investors should realize that many of the issues between the U.S., North and South Korea, and China are not going to be resolved by a one-time meeting of these two leaders.

For example, Kim’s sudden change of heart over his nuclear program, which occurred in late April, may not be all that it seems. Last month, the University of Science and Technology in China revealed that the mountain above North Korea’s main nuclear test site at Punggye-ri had collapsed following a nuclear test in September of last year. Estimated at 100 kilotons, the blast was the sixth test and ten times stronger than any of the previous five.

As a result, a wave of earthquakes rocked the mountain and surroundings, creating so much tectonic stress that parts of the mountain collapsed, and fissures appeared throughout the mountain. Scientists believe that any further tests within this mountain range could generate a “critical failure” that could cause a wide-scale environmental disaster. Although no radioactivity has been identified along the China-North Korea border, Chinese scientists fear that radioactive dust could be leaching through tunnels, cracks and holes in the mountain.

Adding weight to this news, despite the name calling and North Korea’s threats to drop all efforts of denuclearization this week, Kim went ahead and carried out the demolition of all the tunnels leading into its nuclear testing facility in the mountain. Why?

I’m guessing all these good-faith efforts by Kim are a sham. Contrary to his public statement that his nuclear weapons program is “complete,” it is far from it, but his main testing facility has become a radioactive hell hole. China’s concerns that the spread of North Korean radioactivity is a clear and present danger is probably the real reason for Kim’s supposed change of heart.

In any case, we will continue to hear more on this. Meanwhile, the markets will continue to consolidate, until they don’t. Once this period comes to an end, we should resume our climb higher, so stay invested.

Please take a moment this weekend and remember the fallen. I know I will. Semper Fi.