Bond holders are holding their breath as they wait for the Federal Reserve Bank to begin hiking short-term interest rates. Most investors are expecting all bonds to take a hit at the outset of the country’s first rate hike in nine years. What happens after that may surprise you. 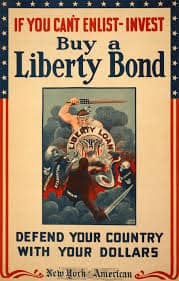 Prior to the financial crisis and the stimulus policies instituted by the Fed to solve it, bond investors could count on a fairly predictable pattern of behavior among bond categories as interest rates rose. Historically, the Fed would begin to raise rates when they perceived the economy was growing too quickly. Why?

Because normally, unbridled economic growth will result in higher inflation, which is something no one wants. Higher rates would force the cost of borrowing to go up. That, in turn, would slow investment, spending and ultimately economic growth. The trick is to raise rates just enough to head off inflation while allowing the economy to continue to grow.

In that kind of environment some bonds do better than others. To understand why, you need to know something about risk. To make it simple, there are two kinds of risk. Interest rate risk occurs when rates rise. That risk affects all bonds. Then there is the risk of bankruptcy.

Generally, U.S. government entities (Federal, state and local) are perceived to have little or no bankruptcy risk. Therefore, the fear of bankruptcy does not enter into the bond investor’s calculations. Corporate bonds, on the other hand, do have this additional risk factor.

It is one reason why corporate debt, whether investment grade, convertible bond or high-yield (known as junk bonds), almost always offers a higher rate of interest than government bonds. Since the fortunes of most corporations are tied to the fate of the economy, when the country is doing poorly, the risk of corporate bankruptcy rises. Corporate bond prices fall and the interest rate they offer goes up. The opposite occurs when the economy is growing.

In today’s growing economy, the most likely outcome of a moderate rise in interest rates (interest rate risk) on corporate bonds would be neutral to positive. Better prospects for companies in a growing economy would lessen bankruptcy risk. That will hopefully negate some or all of the losses incurred by rising rates overall.

Corporate bonds of all kinds have performed well over the last few years, maybe too well. It may be why bonds overall will have a knee-jerk negative first reaction to the end of an era of easy money. But corporate debt should continue to do well at least until the Fed hikes interest rates to a level that tips the economy into recession. That could be years from now. Various Fed spokesmen have reiterated over and over again that the pace of interest rate increases in the future will be slow and moderate.

The moral of this tale is that in the future corporate bonds should do better than government bonds. My advice to investors who continue to insist on keeping the majority of their money in the bond market is to switch from governments to corporates at your earliest opportunity.