“He’s a real nowhere man,
Sitting in his Nowhere Land,
Making all his nowhere plans
for nobody.”  The Beatles

If there was ever an argument for staying on the sidelines, this week’s market action should have driven that point home to even the most aggressive investors. We are betwixt and between, groping blindly through a fog of confusion, rumors and false starts. Over the short-term expect more of the same. 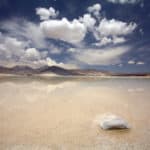 Europe continues to be the dog that wags our tail over here in the U.S. A Wall Street Journal headline like “German Vote Bolsters Rescue” sends the markets higher one day only to crash the next when the next headline contradicts yesterday’ news.

“Why can’t they make up their mind,” grumbles a reader from Great Barrington, MA, “This travesty has been going on for well over a year.”

If it were just that simple; unfortunately, the European Union consists of many countries and even more voters who have different ideas about how and what the ultimate solution to Greek or Portugal or even Italy’s debt should be. As a result, the process of building a consensus is excruciatingly slow with countless starts and stops.

What the markets need to do is unhook from the day-to-day give and take among the European players. But what we need to do and what we actually do are sadly disconnected, which explains much of the present volatility in the markets. As for me, I am in the camp that Europe will solve their problems, maybe not today or tomorrow, but they will come up with a solution that over time will lead to economic stability.

It is clear that Germany has emerged as the strong man of Europe and as such investors should take a close look at the country as a potential area of investment. The country’s stocks and exchange traded funds have been sold indiscriminately along with weaker countries such as Ireland, Portugal and Greece providing an opportunity for those who are willing to wait.

As readers may recall, I changed my tune on a possible return to recession after a spate of weak unemployment and GDP data over the last few months. The data has continued to indicate a weakening economy, but up until now, both the government and most economists maintain the U.S. is still growing.

The Economic Cycle Research Institute (ECRI) last week announced that they believe the U.S. economy is indeed tipping into a new recession. Why should you care what one economic forecasting outfit says? Well, their track record has been pretty good, calling the last three recessions accurately without any false alarms in between. According to ECRD, weakness is spreading from one indicator to another and there is not much anyone can do to avoid or turnaround what they believe will become an increasingly vicious cycle.

The oversold market rally I expected last week occurred on schedule. At its height it delivered over a 4% gain in just three days before disappearing just as quickly. Since then the daily volatility, if anything, has increased with averages moving up and down a percent or more in mere hours. Trading this market is a recipe for disaster. Even professional traders have backed off after losing substantial sums in intraday trading.

I continue to believe investors should remain in defensive sectors, dividend plays, cash and the bond market.