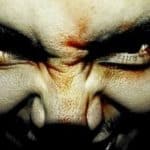 Markets did little in the first week of the 2011. All three averages barely budged as investors waited for some new catalyst that might hint at the near-term direction of the market. Friday’s disappointing unemployment data gave them that excuse.

Only 103,000 jobs were created in December while some economists were forecasting as many as 400,000 jobs for the month. I’m not concerned about the monthly unemployment data or about a possible pullback in the next few days or weeks. While the overall market has vacillated lately, the commodity sector has been undergoing a good old-fashioned correction. Given that commodity stocks have largely led the market higher for the last year, in my opinion, declines in that area are telegraphing a coming slide in the overall stock market.

A pullback, when stocks are overextended like they are at the moment, simply allows the overall market to prepare for further gains in the future. A 2-4% dip therefore, while painful in the short-term, would be barely be a blip in the coming move higher.

For those who missed last week’s column, my prediction for the S&P 500 Index for 2011 is north of 1,450-1,500. We could see gains of between 15-20% before we hit another roadblock. As a result, I would advise even the most conservative investor to take advantage of any dip to re-orient their portfolio toward equities in 2011.

Remember, however, that we are still in a secular bear market and will be for the foreseeable future. What we are experiencing (and have been since March, 2009) is a rally (called a secular bull market) within this long-term downtrend. It is a period where a buy and hold strategy will only result in losses to your portfolio. We have had similar periods in stock market history, with the most recent occurring between the years of 1966 and 1982.

During that period there were several opportunities, lasting from several months to a few years, where great gains were made, with similar opportunities to lose a great deal of money.

Consider this a market of seasons where at times you plant seeds, watch your crops grow, and then harvest them before the winter arrives. Right now we’re in planting season (buying stocks) because the climate (economic environment) is conducive to growth. The economy will surprise investors this year by growing a little more than we expect (possibly 3.5%). The Fed will continue to keep short term rates low while supporting the stock market using this “easy money” strategy. At the same time, the Obama Administration’s wide range of tax cuts and benefit extensions as well as investment tax breaks for our corporations will further boost spending.

Down the road, there still are several clouds looming on the horizon that may at some point de-rail this happy scenario. Although the much-feared specter of hyper inflation is overblown, in my opinion, we could see a sharp spike in long-term interest rates later in the year. The financial problems of European banks also worry me, and their problems have not gone away.

“But everyone I talk to is bullish,” protests one investor from Pittsfield, who worries that the consensus is usually wrong.

He is right that my forecasts are very much in line with The Street. Friday, for example, Goldman Sachs upgraded their S&P 500 forecast to 1,500. Sometimes, the consensus and the markets can be in sync. I believe that the economic evidence is so overwhelmingly positive that, barring a new major negative, the near-term future of the markets is fairly certain.

Even Fed Chairman Ben Bernanke in his discussion Friday with Senate Budget Committee commented that he sees “increased evidence that a self-sustaining recovery” is unfolding as well as a “moderately stronger” economy this year. I’ll stick with the Fed and bet on the market.