It has been a volatile week in the markets. The averages have rocketed up and down by a percent or more as traders bet for and against a Fed move on interest rates next week. Does it matter? 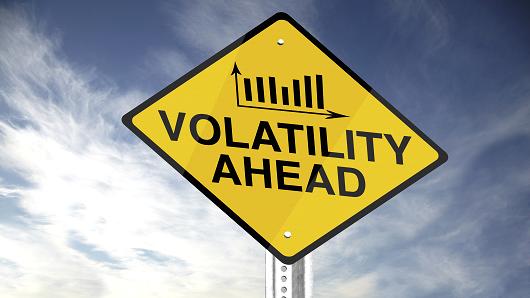 If you aren’t tired after more than two years of reading what the Fed may or may not do, you have the patience of Job. Whether an interest rate hike happens next week during the FOMC meeting or in December should not mean much to the market. But it does.

When fully 70% or more of daily trading activity is now in the hands (or keyboards) of high frequency traders (HFT), short-term moves are where they make most of their money. During the summer months they practically starved to death while the markets did little to nothing. Now HFT is making up for lost time.

Granted, in many ways the stock market is priced for perfection, given that the markets are only 3% off historical highs. There are few investments outside of stocks that can give you a decent return nowadays. The fact that interest rates are so low has a lot to do with that. Any change, no matter how small, in interest rates is meaningful at the margin.

Sure, a 25 basis point hike in the Fed Funds rate may not seem like a lot (and it isn’t when it comes to the economy). But it does tilt the financial apple cart. And if one apple falls, who’s to say that won’t cause a chain reaction? If enough apples are impacted, could the entire apple cart tip over?

Many traders believe that is exactly what happened last December when the Fed initially hiked rates. The stock market had a temper tantrum in January and February that resulted, at its worst, in a 13% decline. Of course, the markets have come back since then and gone on to new highs.

If history is any guide, and the Fed does raise rates before the end of the year, we could see the same sort of sell-off. But like the declines in January and February, they would not be a reason to sell. If anything, I would be a buyer of such a move. But I’m getting ahead of myself.

September and October are notoriously volatile months in the stock market. So far that historical trend is solidly intact. Since the Federal Open Market Committee meeting is on the 21st of September, which is next Wednesday, we should see this volatility continue until at least that date. I suspect, however, that regardless of what the Fed decides, the markets will continue to stay volatile.

Whether true or false, investors have it in their head that the Fed will raise rates, if not now, then in December. And since markets usually discount news six to nine months out, I believe there is more downside ahead as markets adjust to an expected rate hike. Readers may recall that I have been looking for a pull-back in the single digit range and it appears that we are in that process now. Buy that does not necessarily mean a straight down market; we could even see a return to the old highs at some point before falling back.

It might be a drawn-out process that occurs between now and the election with plenty of peaks and valleys. Remember that Wall Street believes Hillary Clinton will win the election. Until recently, the polls gave her a substantial margin, confirming those expectations. As Donald Trump narrows that lead, these same investors will start to get nervous. Nervous leads to caution, caution leads to selling. There is no telling how close the election will become but the closer it is the more potential downside is in the offing.

President Biden and the U.S. Department of Education announced a plan on Wednesday, August 24, to provide further assistance to federal student loan borrowers. If you have private loans only, unfortunately this won’t apply to you. But...
This special series of blog posts spotlights the individual team members who make Berkshire Money Management great – and a great place to work, too. Today we’re celebrating Financial Advisor Nate Tomkiewicz, CRPC® as he marks six years...
For the Federal Reserve, slowing inflation may mean slashing job growth. Will we trade high inflation for high unemployment? Berkshire Money Management CEO and Founder Allen Harris explores how employment is impacted by interest rates, and why the...