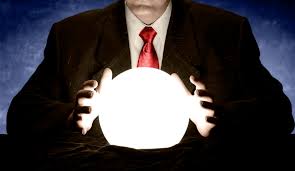 While the summer months are usually the slowest season on Wall Street, July has proven to be anything but. As we enter the month of August, can we expect the same?

Whether we focus on overseas markets or review our own, it is clear that volatility remained and will remain elevated. Overseas markets in Asia took it on the chin, while the United States was trapped in a trading range that will continue in the month ahead. The good news is that this range appears to have an upward bias, so we can expect some minor new highs as time passes.

For the month, the S&P 500 Index managed to stay above water with a 2.2% gain bringing the year’s total to an unsatisfying 2.4%. Large cap stocks beat small cap stocks, which are down 1.7% (but still up 2.2% for the year)., China, on the other hand, one of my favorite overseas investments, saw its largest monthly loss in six years with the Shanghai market down 14.3%. European shares (another recent recommendation) gained 4% for the month after plunging earlier as the Greece bailout debacle roiled those markets. The U.S. dollar rose 2% but most traders expect the greenback to continue to consolidate in a trading range after experiencing big gains last year.

The commodities markets were where the largest declines occurred in July. Oil dropped 15%. Precious metals also declined, led by gold, which was down 7%. King copper (off 9%) led other base metals and materials lower. The agricultural commodity sector also felt the heat with wheat dropping by 18%, corn by 10% and soybeans 9%.

Investors blame the commodity decline on a perceived slowing of the world’s economies led by China. Although the macroeconomic evidence is murky at best, most traders would rather sell first and find out the truth later.

“Is this a buying opportunity,” asked one California client recently?

While I suspect the commodity space is experiencing the kind of wholesale massacre one looks for when the end of a cycle is in sight that does not mean it is time to buy.

To me, commodities are an asset class that experiences boom and bust periods that sometimes will last for several years or more. The latest boom was a decade long and could now be followed by declines that can last an equal amount of time, depending upon the global economy, the inflation rate and industry specific factors like new and more efficient methods of mining, growing etc. For the most part, commodity prices also tend to under and over shoot their fundamental value and that’s what makes investing in them somewhat speculative.

Let’s take gold as an example. Gold began its latest run back in 2002. It climbed from $279/ounce to above $1,900/ounce by 2012. That 10-year run has been followed by a decline to its present price of around $1,090 today. I have been looking for a further decline to under $1,000/ounce. Assuming that’s the bottom for this precious metal, that does not necessarily mean you should buy gold or any other commodity at that point.

Many commodities will usually take several years after that to “base,” once they have made a low. During that further consolidation period, any investments you might make will be dead money. Dead money means your investments go nowhere. In the case of commodities, since none of them pay dividends or interest, the opportunity cost of buying and holding them could be severe. Better to wait until the beginning of the next bull market before committing money to this asset class. That could be another two years from now. I’ll let you know.