Hurrah for us. The “Curiosity” landing on Mars was the most complex landing NASA has ever attempted. The mission cost taxpayers $2.5 billion, but if history is any guide the economic payback to America will be much greater than that. 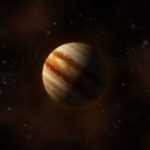 The purpose of this Mars mission is to perform a highly sophisticated scientific analysis of the Red Planet around the Gale Crater. Curiosity, the one –ton robotic  rover, is loaded with an army of scientific instruments including high resolution cameras, infrared lasers, microscopes, x-ray spectrometer and even drills for retrieving samples of the surface for further analysis. If history is any guide, NASA probably has a host of other tools that are newly-developed proprietary secrets that will trickle through the economy sometime in the future.

Scientists at NASA believe Curiosity (about the size of a Mini Cooper automobile) will remain operational for at least a year. Of course, the public and the media will be looking for answers to the really dramatic questions. Was there life on Mars and when?    Are there vast deposits of mineral wealth just waiting to be scooped up from the surface? Even more exciting, could there be new and potentially valuable substances heretofore unknown to man that could be successfully exploited?

While answers to these questions may keep Americans interested, I suspect that the real payoff will come from the technology that went into developing and executing the mission. One only needs to look back at how much economic value was generated by the Apollo moon landing and other space programs to understand my point.

From 1962 to 1972, America spent roughly $16 billion (inflation-adjusted) a year on the space program. I remember watching on television (along with millions of other Americans) as Apollo 11 touched down on the moon’s dusty surface on July 20th, 1969.  It was that landing and subsequent other manned missions to the moon that inspired an entire generation of school kids to become scientists and engineers.

Those are the men and women who have given us untold wealth in the form of the technology we enjoy today. Beyond that, a partial list of technological benefits of the space program include micro circuitry, endless software innovations, miniaturization, a vast array of sensor technologies (used today in everything from medicine to transportation) advancements in telecommunications, precision manufacturing, instantaneous global communication, radar mapping, GPS, and the materials science that developed most of the materials that surround you. The economic benefits of those advancements are incalculable. Suffice it to say that the return on $16 billion/year was huge. America would not be the leading economic power of the world today without the space program.

Unfortunately, in this partisan era of spending cuts, NASA’s planetary science efforts budget will be cut by 20% next year with further cuts expected in the coming years. Much of this money will come out of the agency’s Mars program, which will see its funding fall from $587 million this year to $360 million in 2013 and then to just $189 million in 2015. I think that is a mistake.

Consider that less than two months ago just one of our “most reputable” banks threw away over twice the entire Mar’s budget by speculating in the same kind of derivatives that gave us the financial crisis of 2008.  Even if that bank’s bet had paid off, its economic benefit to this country would have been insignificant compared to the potential technological advances generated by the Mars Science Laboratory.

As I write this column, new revelations point to trillions of dollars in losses by the rigging of interest rates by this nation’s banks (among others). Yet, our politicians nickel and dime NASA’s budget to show how fiscally responsible they are. Where are our priorities?

I am one of those Americans who believe that if we don’t invest in science and space exploration, the human race will eventually cease to advance as a species. It confounds me that with all the technological breakthroughs generated by past space programs the question of funding space exploration is even raised.  What am I missing here?