This holiday weekend will be a worrisome one for global investors. Concerns that North Korea may decide to exhibit another show of force in the face of American warships off its coast has markets cautious and with good reason. 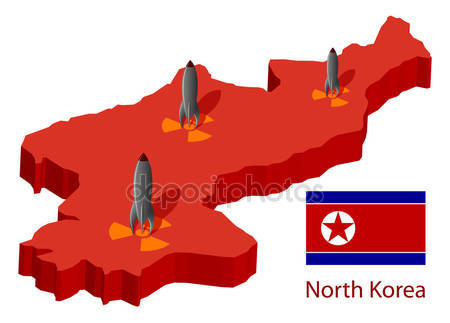 The sad truth is that Kim Jong-un, the North Korean dictator, is unpredictable. It is one reason why the United States has steered clear of military confrontation with this country—up until now. If he does try something, like a nuclear missile test for example, our new president’s response may also be unpredictable.

In fact, my hope is that China can exert pressure on its North Korean neighbor to stand down. In a remarkable shift in Chinese policy, a PRC-controlled media outlet warned North Korea this week that China would respond to any nuclear test severely. It could, for example, stop the flow of oil into North Korea. That would cripple North Korea’s already troublesome economy. It has also staged troops on its border with North Korea. I doubt they would use them but…

Behind the scenes, President Trump and his Chinese counterpart, Xi Jinping, have been talking by telephone this week to diffuse the situation. Was there a little deal-making going on as well? It was probably not a coincidence that China voiced public displeasure with its long-term client state in the same week that Trump declined to name China as a currency manipulator ( something he had promised to do while campaigning).

Adding to investor’s worries is the continued back-and-forth between the Russians and the Trump Administration over Syria. Evidently U.S. spyware had recorded Syrian officials discussing the planned sarin attack, something Secretary of State Rex Tillerson surely presented to his Russian counterparts this week in Moscow.

Although cordial, Russia’s response remained firm in its support of Syria and its denial of Assad’s responsibility for gassing his own people. It seems clear that the U.S. remains ready to respond to any further atrocities committed by the Syrian government. On a side note, Trump’s recent actions call into question the supposed “bromance” between Trump, Tillerson, or anyone else in the Trump administration and Vladimir Putin.

While the military card plays out, the Trump Trade has slowed. The S&P 500 Index has declined 2.5% from its highs, but is still up 10% since the election. As I suspected, the timetable for delivering all the goodies promised by Trump and the Republican Party seems to be getting pushed back further and further. Now, the overhaul of taxes may not happen until next year. Obamacare is still in a hellish limbo, and talk of an infrastructure spending program has faded.

All of the above may be delayed, but in my opinion, is still going to happen. That will provide long-term support for the averages. In the meantime, the earnings season has begun. A few banks have already announced better than expected results. Analyst’s estimates for overall earnings range from six to ten percent gains in the first quarter. Right now, investors are ignoring this, choosing instead to worry over geopolitical events.

As a result, I expect further declines. At the least, we should re-test 2,330 on the S&P 500 Index. Better still, to see the S&P 500 Index decline to 2,280-2,300 would be ideal. That would give me the correction I have been expecting, and set the stage for further upside in the markets.