What was supposed to be a sure deal by the European Central Bank to apply more stimulus to European economies turned out to be less than expected. Both U.S. and European markets declined as a result and the Euro soared. 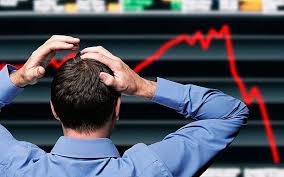 Although Mario Draghi did apply more monetary stimulus while extending their quantitative easing program out to March, 2017, it was not enough for investors. Hooked on wanting more and more central bank stimulus to support equity prices, we are now in an atmosphere where only big injections of government money will satisfy traders.

Cynics like me, however, suspect that whatever the news had been coming out of the ECB on Thursday, it would simply have been a case of “sell on the news.” Equity markets seemed to have fully priced in anything Draghi could have done. The dollar had been rising against the Euro for most of November and had reached 105 Euros to the dollar. In less than six hours, the greenback plunged 2.3% (and the Euro up) to 109.47/$1.00 on Thursday. I expect the Euro to come back down in a week or two.

And while investors fretted over when “some is not enough” in Europe, Janet Yellen was telling lawmakers in Washington that the Fed was close to hiking rates. It was the second day in a row that the Chairwoman of the Federal Reserve Bank telegraphed to the markets that the chances were quite high that the Fed would raise rates when they met on December 16th. The markets reacted negatively to her warnings. That was a bit surprising to me since I had hoped that U.S. investors would have come to grips with this looming rate hike by now. I suspect that is still the case and I will explain why in a moment.

But to muddy the waters even further, the tragic shootings in San Bernardino, Ca, have also had an impact on the financial markets. At first blush, the mass shootings were thought to be foreign terrorists. Gunmen, fresh from the massacres in Paris, (it was feared), could now be striking at home here in America. We are still not sure of the motives of the killers, which simply added to the angst among traders.

Friday, OPEC met to discuss prices, supply levels and member’s future production intentions. The meeting provided little hope for energy bulls since all nations that attended left the meeting without changing the status quo. Recently, the stock markets have been keying off the oil price with declines under $40/bbl. taken negatively, whole prices above the level were met positively.

Also on Friday, government data revealed that the economy gained another 211,000 jobs in November while wages continued to rise. In my opinion that good news will almost guarantee the Fed will hike interest rates on their December 16th meeting. Although the markets are still processing the end of a nine year decline in interest rates and the beginning of a rising rate environment, the market’s reaction to the numbers was quite positive. This is an about turn in investor behavior.

No matter how moderate the Fed promises future rate hikes will be, traders will continue to try and generate volatility in the markets. Ignore it. These moves will be short-term in nature and nothing but noise. The longer-term picture is still bullish.