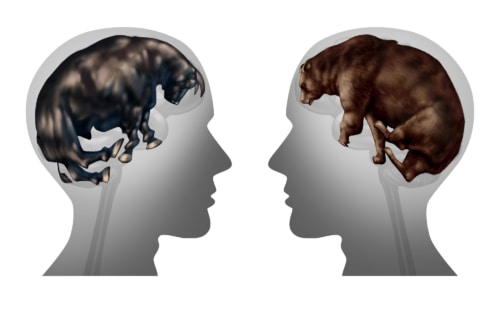 It appears that we have established a range in the stock market over the last few weeks. The bears have not seen their worst predictions come true. My hope is that we leave this month where we entered it.

September 2021 was treacherous. Bears were calling for a 10% correction at a minimum. Bulls, already on the back foot after witnessing a 5% pullback in the indexes, insisted we had seen the lows. Since then, we had been bouncing back and forth in a range. This week, however, appears to be a game changer.

Stocks (on a daily basis) have been opening higher in the mornings but giving back their gains and closing lower by the end of the day. Bulls argue that the markets are simply consolidating after more than a year of fantastic gains with few corrections. The bulls could be right.

On the other hand, the bears point to the imminent removal of the Fed’s punch bowl in November 2021 (the beginning of asset purchases tapering) as a reason to remain cautious into that event. If we then throw in all the other worries that are creating angst among investors—supply chain issues, inflation, political chaos in Washington—the October volatility we have been experiencing thus far should come as no surprise.

If I could, I would call off this present stalemate and declare both sides a winner. After all, we did suffer a 5+% selloff, which should satisfy the bears’ need to see some “blood in the streets.” The bulls should be thankful that the downside has been contained.

Readers who follow my columns regularly know that I highlighted the seriousness of the supply chain shortages months ago. Today, that’s all you read about in most media outlets. I am not crowing about my forecasts, rather, I am reminding investors that this is old news and has already been discounted in the price of stocks, in my opinion, so ignore the headlines.

The only question to ask is how long this global condition will persist, and what that may do to the inflation rate. My own belief is that it won’t be resolved until well into next year.  Even then, some shortages will persist, but it is impossible to predict which ones will remain. Clearly, this problem will continue to act as a weight to further global growth, but it won’t kill it, as some are predicting. As for its inflationary impact, it adds another variable to the factors that are already contributing to a rate of inflation that has surprised everyone, including the Federal Reserve Bank.

One reason the markets rallied this week above that all-important 50-DMA was a less-than-anticipated rise in both the Consumer Price Index (5.4% year-over-year), as well as the Producer Price Index (8.6% year-over-year) for September 2021. Prices paid to U.S. producers increased in September at the slowest pace of the year, thanks to cooling costs of services. Final PPI demand increased just 0.5% from the prior month.

Since PPI is one of the main variables that the Fed studies when making monetary decisions (like when to raise interest rates), markets rose over 1.5% on Thursday and added to those gains on Friday. But one set of monthly numbers does not tell the whole story. I expect further increases in the inflation rate before the pressure subsides.

However, I am hopeful that we enter a more positive period for stocks in the last two months of 2022 led by cyclical sectors of the market. I began the year by recommending commodities, industrials, financials and some technology. That advice remains viable. We are halfway through October and the markets are already shaking off their worries. Let’s keep our fingers crossed.