It was a nothing week, although on any given day investors saw the averages gain or lose one percent or more. Next week offers more of the same. 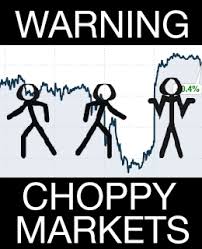 In my last column, I said that the markets are caught in a trading range and will remain so until the OPEC meeting scheduled for April 17. If you followed the oil price each day, you would see that stocks and energy prices moved in lock step all week.

As expected, some jaw-boning, first from the Saudi’s deputy crown prince, who warned that there would be no production freeze unless Iran complies with the group, sent oil sliding. A few days later, the Kuwaiti governor of OPEC said a deal “is likely.” That was enough to turn an almost 10% rout in the price of oil into a 10% rally. As usual, equities followed suit.

Over in the currency markets, the U.S. dollar has been weak—especially against the yen—and that has traders second guessing what the dollar’s new-found weakness might mean for corporate earnings. That season begins next week and no one is expecting good news from companies after this past quarter.

As usual, Wall Street analysts have been busy lowering the bar for companies they follow by cutting their earnings estimates by a greater margin than usual. At this point, projected earnings have been cut by 9-10%. That is the largest estimate cut since the fourth quarter of 2010 and follows earnings declines in each of the last four quarters. Analysts are hoping that they have slashed their estimates enough so that Corporate America can “beat” earnings by a wide margin. Depending on who you talk to, traders are betting that stocks could actually rise, since this bad earnings news has already been discounted unless companies fail to beat despite the downgrades to earnings. In which case, it could be a ‘look out below’ scenario. And so the scam goes on.

In the meantime, Fed officials continue to keep the Street guessing about their intentions in the coming months. For every Fed official who thinks the global economy is too soft to raise rates, there seems to be someone from the central bank who has a dissenting opinion. As such, investors sway from ‘a will they to won’t they’ mind set on practically a daily basis.

It is interesting that the presidential election candidates that are now stumping in New York have not really impacted the money men of the country’s financial center. For the most part, Wall Street is betting that when the smoke clears and the elections are over, it will be Hillary Clinton in the White House.

For many on Wall Street, who normally vote for the GOP in presidential elections, it is better that the devil you know (Mrs. Clinton) is running the country, rather than the devil you don’t know (Republican Trump). Whether that is an accurate prediction is anyone’s guess, since the financial community is not infallible when it comes to election predictions. Recall that during the last election, Wall Street was confident that Mitt Romney would defeat Barack Obama and see how that turned out.

In any case, I don’t see much downside ahead for most of this month. We could easily fall to 2010-2015 on the S&P 500 Index as the market churns. On the upside, maybe 2,300 or a little higher if OPEC does come to a meeting of the minds. As I have said before, volatility in the equity market is here to stay so get used to it.