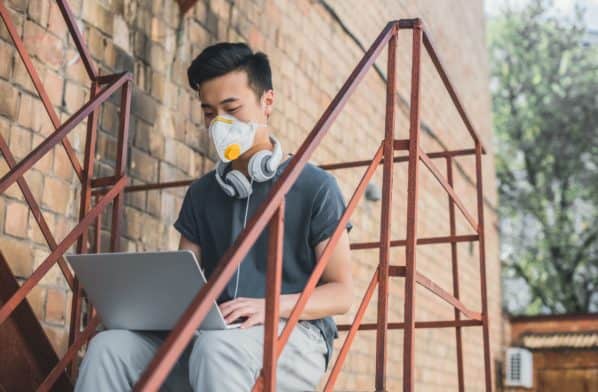 While the number of cases of COVID-19 (the coronavirus) continues to escalate, stocks this week continued to climb. The higher they go in the short-term, however, the higher the probability of a pullback increases. It is simply a law of gravity.

It is one of those 200-year-old sayings that still has meaning today. Of course, the trick is to be able to predict exactly when that financial balloon will run out of air. No one I know has been able to master the timing on that one, at least consistently.

This week, there was a huge jump in the number of cases in China (15,152) and deaths (254) after Chinese officials adopted a new way of diagnosing new cases of the COVID-19. That brought the rally back on its heels (for a day) but added another bit of uncertainty to the mounting concerns among investors. How do we know, many worry, that Chinese officials are not deliberately under-reporting the number of cases within their country?

To date, no outside medical experts have been allowed to assist or inspect the disease sites within China. I won’t bore you with the number of unsubstantiated claims that both deaths and cases are believed to number far more than anyone expects. However, it is true that the president’s economic advisor, Larry Kudlow, believes we are not getting the full story from China.

The reason the market is glued to this drama is simple: the worse it gets, the lower the growth rate assumptions in China and other nation’s in Asian will be. Several brokerage firms are predicting big drops in the Chinese economy for the first quarter of this year. Some predict the Chinese economy could experience no growth at all. That’s not an unrealistic assumption.

Just think what would happen if we quarantined 50 million people in this country. That is the number who are out of work and sitting in their homes and apartments in Hubei Province.  That number is far higher if you include other cities. That is a remarkable achievement in itself. The biggest concern from the Chinese perspective is that they have shot themselves in the foot possibly twice.

Once, by damaging the economy by keeping people home and away from their jobs and spending money in the second largest consumer economy in the world. Secondly, there is no guarantee that quarantining so many will stop the spread of the disease. It is a minefield for officials over there. Just managing the actions of local authorities to prevent both excessive measures, or actions that are too lenient, is absorbing the time, effort and labor of their government.

So far, worldwide governments have done a masterful job in calming the fears of the global populace.  But sentiment is both fragile and mercurial. The media doesn’t help. To them, COVID-19 is a big story and while coverage is necessary, it is becoming as extreme as the kind of reporting we get before an imminent big snowstorm or hurricane.

Something has to give. Either the market stalls out because the COVID-19 fallout gets worse, thereby impacting global growth more than investors think, or the number of deaths and cases peak and begin to subside. In which case, the markets breathe a sigh of relief and rally.