Greed and fear make the world go round. While Donald Trump attempted to tap into the latter emotion in his acceptance speech this week, investors were mesmerized by the opposite emotion, at least where the stock market is concerned. 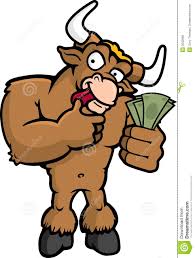 It is true that the markets, like the humans that trade them, tend to vacillate between these emotions when gains and losses begin to nudge the extremes. Of course, we would all like the markets to just continue to climb, but a line I read recently sums it up well.

“Keep in mind that betting on never-ending capital gains is the very definition of a “Ponzi scheme.”

The best thing that could happen to the stock market in the short-term would be to pull back. A nice orderly advance, which is not something we have experienced since the beginning of the month, is the ideal scenario for making money in the financial markets.

Too far, too soon, invites downside swoons of selling that force weak holders to panic (fear). When the market turns, and it inevitably does, it forces those same sellers to chase prices upward (greed). Just recognize that pullbacks are the cost of doing business in the equity markets. You can’t avoid them and to try is a fool’s game.

There is no question that the market is “overbought.” By whatever metric you may use—the Vix, investor confidence, sentiment or momentum indicators—we need to pull back and we need to do it soon. It was encouraging that during the last two days of the week some selling appeared. That’s a good thing.

Now these kinds of pull-backs do not need to be deep. A week or two of up and down days called a ‘consolidation through time’ can relieve an overbought condition just as effectively as a 3-5% sell-off. Given that we are in earnings season, I’m hoping that a series of mixed results from some market “darlings” could deliver just that sort of period.

So far, second quarter earnings results have been better than expected. About 66% of those companies who have reported thus far have come in with earnings beats. That should come as no surprise. Every quarter, this game of revising down company estimates low enough to produce a beat fools fewer and fewer investors.

Normally, these companies announce before or after the close and only professional traders really benefit from any price movements. Rarely does the euphoria over an earnings beat last for more than a day or two and then the company’s stock price tends to return to its pre-announcement levels. Very few professionals are willing to take a position in a stock prior to earnings. That, they say, is akin to putting all your money on black or red at the gaming tables.

Now that we are half-way through this month’s convention season, the extreme volatility that so many of us had feared never surfaced. Despite some marching and protests, the GOP convention went off with barely a blip. Markets took the bombastic speeches and self-adoration that is so typical of the American political party system in stride. This coming week we will see the Democrats try to best the Republicans in their appeals to the voters. Hopefully, we will then be back to regularly scheduled programmed channels.