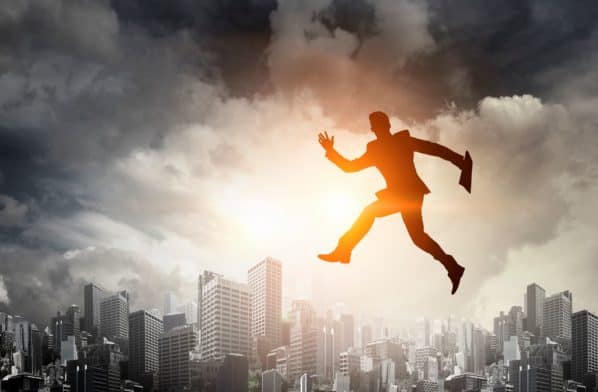 The jobs number gave stocks a lift on Friday. U.S. payrolls came in much higher than expected and investors celebrated the good news as the unemployment rate edged down to a fifty-year low. In a blink of the eye, stocks erased the entire week’s losses.

Non-farm payrolls registered 266,000 jobs, versus expectations of 180,000 jobs gained last month. Investors were expecting some lift in the numbers, simply to account for the end of the General Motors strike, but gains were robust across most industries with the exception of mining and logging. Wages also experienced an uptick bringing the year-over-year total to 3.1%

Earlier in the week, markets had a bit of a hissy fit based on President Trump’s comments that he would be okay with postponing a China trade deal to next year if necessary. That didn’t sit well with the markets, but administration officials quickly went into damage control mode. Unnamed officials sent out the message that the president was speaking “off the cuff” and the talks were progressing well.

They better be, because it is less than two weeks until December 15th and the implementation of further tariffs on Chinese imports. It appears likely, despite efforts on both sides to come to an agreement, that trade talks will come down to the wire.

Readers are aware that, despite the market’s optimism and the President’s exaggerated claims, I have remained neutral at best on whether a deal will be struck and if so, how meaningful it will be. My understanding of what motivates China and its leaders, rather than anything the administration is, or is not doing, guides my outlook.

The Chinese negotiators need a rollback in existing U.S. tariffs in order to sell the deal to the Chinese ruling body, the Politburo, and its leader XI Jinping. The fact that the Chinese are willing to buy more agricultural products from the U.S. is a win for the Chinese—not the United States–despite President Trump’s claims to the contrary.

The president is on record as demanding the Chinese buy $40-$50 billion in agricultural imports from the U.S. over the next two years. That would be an enormous increase over the $8.6 billion they purchased last year, and twice as much as China bought from the U.S. prior to the trade war. But exactly how much they are willing to buy depends on how much their other sources of agricultural goods are able to export and at what price.

From the Chinese point of view, the United States has become an unreliable source of supply and an untrustworthy trading partner. As such, they need to establish alternative, stable new sources of food imports. This takes time. The Chinese hope that Brazil and Argentina (among other countries) will ultimately replace American food products entirely.

In the meantime, China still needs some American agricultural products, such as soybeans and other grains, beef, and especially pork.  Thanks to a swine flu epidemic in China, pork prices have skyrocketed, so U.S. imports would help ease that supply problem.

China can also use American farm product imports in the short-term as a counterweight, in the event that their new suppliers are tempted to raise prices. Given their strategy, exactly how much China is willing to commit to in a trade deal becomes a balancing act.

We will see soon enough whether Trump has a deal or not, but in the meantime, stocks continue to move higher on good data. So far, investor’s hopes for an end-of-year rally appear to be intact.