It was a struggle, but the stock market indexes stubbornly refused to cave in despite some really horrendous earnings reports. A battle is being waged among bulls and bears right here, right now. Who will win? 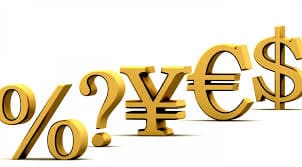 Remember last week when I reported that earnings have been revised down so low that it was practically impossible for most companies to disappoint the market? Well, that proved to be not quite accurate. Not only did some really big companies in industry, technology, banking and finance fail to beat, they actually came in less than anticipated on both earnings and revenues.

Although traders punished these companie’s stock prices in after-hours trading and through the next day, many of these fallen angels quickly rebounded and are trading higher than before their dismal results. How does that work, you might ask?

The bulls would tell you that quarterly earnings results are like looking into a rear-view mirror. Instead, those who expect the economy to strengthen in the months ahead, argue that any sell-off in stock prices is just like looking a gift horse in the mouth. If one believes there will be a fairly sharp uptick in the economy soon, than that explanation makes sense.

The problem is that there is no “economic evidence” that the bulls are right. But when have traders needed facts to justify their trades? A better explanation, in my opinion, is that in today’s low volume markets, any group of speculators can do what they want to any individual stock with impunity. Short it down 3% one day; drive it up the next day and so on. It is why owning individual stocks are a much riskier business today than it has ever been.

Overall, two out of the three benchmark U.S. Indexes managed to eke out a gain for the week. NASDAQ was the exception, losing a few points overall. The real issue for the markets is the lofty price level we have now reached. We are almost 13% higher from the lows reached last quarter. Readers might recall that I urged you to hold on through the downturn, fully expecting the S&P 500 Index would regain their losses. My target for the index was 2,100.  The equivalent level in the Dow is around 18,000. Both hit my targets. The S&P 500 actually touched 2,111 on Wednesday, but fell back before the close. Since then prices have been churning, a natural reaction to breaking to new highs for the year.

Stocks could continue to chop until the FOMC meeting next week. I don’t expect anything negative to come out of that meeting, just more “dovish” talk about moderate growth, their “go-slow” policy on interest rates, etc. In the past, the markets have usually risen after the meeting. In this case, we could actually touch or break to new all-time highs if the markets determine there is just enough cheer within the Fed’s comments.

On another important subject, the oil price has defied the investor community by doing what was most inconvenient for the most number of people. The failure of oil producers to arrive at a production freeze agreement in Doha last Sunday should have caused oil to decline substantially, or so Wall Street thought. Instead, after a 6% decline last Sunday night, oil rallied back and actually forged ahead this closing close to the years’ high.

However, it was the U.S. dollar and not oil that has influenced the market this week. The greenback has been falling recently. Traders have been selling it, believing that our central bank will hold off on hiking interest rates, at least until June. Usually, a country’s currency rises if traders believe interest rates in that country will rise. Now, since many assets (such as commodities and oil) are priced in dollars, lots of prices are tied to the fate of our greenback.

Commodities, for example, have risen, as have emerging markets recently, on the back of dollar weakness. Certain sectors such as energy, basic metals, agricultural goods and precious metals have been the leading sectors in the overall stock market in 2016, after languishing for years because of the dollar’s strength. The problem is that if the dollar reverses on the back of an interest rate hike by the Fed (possibly in June), what will happen to all of these commodities and stocks?

It is one reason why I caution investors to temper their enthusiasm when considering these red hot areas of the market. The gains have been fun while they have lasted, but at this point most of the easy money has been made. Don’t chase these sectors. You may end up holding the bag as the early buyers cash in their chips.