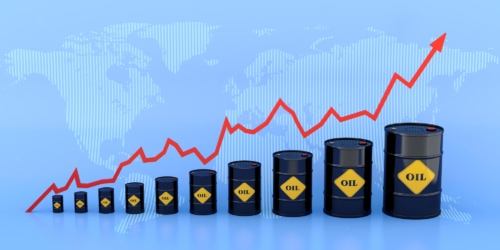 The S&P 500 Index is up 14% so far this year. Most other averages have similar double-digit gains. July is normally a fairly positive month (in general) for equities. Does that mean we can expect equities to continue their bull run through the summer?

It certainly looks that way. Any pullbacks in stocks will likely be met by dip buyers. That could limit declines to a manageable level. A sustained rise in interest rates will likely wait until investors know—with certainty—the Fed’s next move. The thinking is that there will be an announcement on tapering bond purchases, which may not happen until August, or September, if then.

Inflation has receded as a topic of concern for many on Wall Street. The decline in commodity prices has calmed nervous investors worried about runaway inflation.  The U.S. dollar has also gained ground versus most other currencies.  As a result, we appear to be in a sweet spot for equities.

This week, the NASDAQ, which had been lagging behind both the S&P 500 and the Dow Jones Industrial Average, finally broke to new highs led by the semiconductor index.

The PHLX Semiconductor Sector Index (SOX) is a capitalization-weighted Index of 30 semiconductor companies.  The SOX is an important telltale index. It has led the stock market higher throughout the year.  I would advise readers who want to know where the markets are going to keep an eye on the SOX as a leading indicator for the markets’ direction overall.

But the big story for investors is the continued rise in oil prices. The OPEC+ producers meeting that was held on Thursday of this week carried over until Friday. One member, the United Arab Emirates (UAE) is objecting to any increase in production and supply because they are not convinced that there will be a strong global recovery. OPEC had planned to increase output in the coming months, but at a slower rate than anticipated. Monthly output increases by OPEC and its allies (including Russia) would amount to less than 500,000 barrels/day between August and December, if the UAE can be convinced to go along.

OPEC members are anticipating that demand for oil will increase by 5 million barrels in the second half of 2021, which could create a further supply and demand imbalance. Oil prices, under that scenario, could rise (some say to as high as $100 a barrel). That would put price pressure on consuming nations, while adding to the risk of higher inflation.

Cynics believe the organization (led by Saudi Arabia) is deliberately engineering this squeeze play to gain back some of the losses incurred by oil producers last year.

Of course, OPEC’s consumption forecast of 5 million barrels could fail to materialize and that is what the UAE is worried about. The COVID-19 Delta variant, they believe, is a wild card. A surge in the virus variant could impact global energy consumption far more than expected.  In the U.S., gasoline consumption might not be as high as anticipated. And if U.S. and Iran come to a nuclear agreement and embargos are lifted, increased Iranian supply could come back on stream in the months ahead.

As readers are aware, oil was one of my top picks to outperform this year. I still believe energy and energy shares are a good investment, despite the outsized gains of the first half.  But buyers beware. Commodities can be great investments, but they also carry great risks. I would wait for a pullback before venturing into the oil patch. Depending on what happens over the weekend at OPEC, you may get your chance.