Since Labor Day marked the end of summer for Wall Street, the big guys came back to work and evidently did not like what they saw. As this week comes to a close, all three indexes suffered losses. 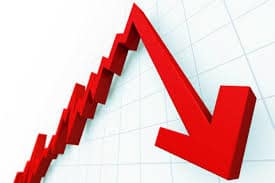 Friday’s downturn could be attributed to North Korea, the rogue state that detonated a nuclear device on Thursday night. Those kind of one-off political events often-times unsettle markets. Stocks went down, the dollar spiked as did interest rates and that I found interesting.

Normally, U.S. Treasury bonds are a safe haven so prices go up in times of uncertainty; but not Friday. We have to therefore look under the hood to discern what is really going on with the markets. Aside from the fact that stocks are due for some turbulence, the culprit seems to be additional worries over whether or not the Fed may surprise us by raising rates on September 21.

Then again, traders were somewhat disappointed that Mario Draghi, the chief of the European Central Bank, did not add further stimulus to the already-multi-billions of Euros the ECB is already pumping into their financial markets. Like junkies in search of their next high, traders want central banks to provide more and more easy money in order to justify higher equity prices.

Draghi disappointed them. He appears to have joined his counterparts at the U.S. Federal Reserve in telling the EU membership countries that it is their turn to take up the mantle. He especially singled out Germany in discussing why additional fiscal spending is necessary to accomplish the European bloc’s hope for higher economic growth.

Of course European politicians, like those in America, have been sitting back, playing it safe and letting their central bank do all the heavy lifting on the economic front. Naturally, politicians on both sides of the Atlantic like the status quo. You see, doing nothing is not unique to American politicians.

By increasing spending, cutting taxes and/or regulations in order to grow the economy, legislatures are taking a chance. What will their constituents say if the deficit ballooned as a result? T Baggers, here in America, for example, would be out for blood. I will be curious to see what happens when the Japanese Central Bank meets later this month. Will they send the same message to Japan’s parliament?

But in the meantime, our Fed officials are busy sending mixed messages (as usual) over when they plan to raise interest rates in this country. Boston Fed President Eric Rosengren joined the “hawks” on the Fed in warning that rates need to rise soon. Fed Governor Daniel Tarullo said on morning television, that he would rather wait until there was more proof that inflation was rising before he pulled the trigger.

Nonetheless, their contradictory comments were enough to send the stock market reeling and hike the probability of a September rate hike to 33%. In my opinion, I do not believe the Central Bank will hike in September. I do believe, however, that they do not want market participants to become too complacent about when the Fed will raise rates.

The more important question one must ask is what will happen to the stock market if the Fed does raise rates; if this week is any indication, nothing good. As you know, I have been preparing you for a market pull-back. This may be the beginning, and if it is, it won’t be something to worry about, but it could be painful while it occurs.

To Our Family of Clients, Last year felt like it would never end. It wasn’t as bad as 2020, but we still felt the weight of the COVID-19 pandemic. In contrast, 2022 felt like a blur. This was...
Bundling up on Black Friday to shop for great deals on TVs, iPods, and holiday gifts while still full of Turkey and stuffing is a thing of the past. While our bellies have remained stuffed, our Black Fridays...
Your elderly dog has arthritis. His breathing is difficult. He needs assistance to get up, and his bladder is failing. The vet bills are far higher than your own, and it is getting more difficult to pay them....