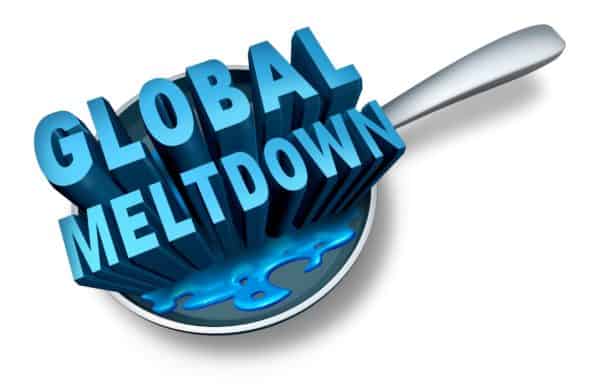 Financial markets worldwide took it on the chin this week.  The damage was severe and here in the U.S., we still don’t know the extent of the damage that will be inflicted on us by COVID-19. Despite Friday’s rebound, the coast is not clear for investors.

“Limit down,” “limit up;” it has been a long time since investors have had to contend with these issues. Circuit breakers were designed to help ensure orderly markets and this week they went into action no less than three times. About the only good thing one can say about this stock market rout is that it is happening over a short period of time.

Take the S&P 500 Index. From a high of 3,400, S&P futures declined 29% in less than three weeks. The average bear market drop should have taken anywhere from 9 to 15 months. There are at least two explanations for the speed of this decline.

As I have explained in the past, computers and their algorithmic software programs account for the majority of daily trading on most exchanges.  There is no judgement or valuation involved in their buys and sells. Their programs simply extend and enlarge whatever trends they identify in the markets, whether up or down.

The second factor was the high level of the indexes before the sell-off began. In hindsight, many pundits argue that market gains over the last six months (or so) were never justified and couldn’t be maintained. Investor sentiment was way too bullish, and the valuation metrics were through the roof.

As a result, the 25% declines we have endured in February-March were entirely justified.  If it hadn’t been the COVID-19 threat, it would have been something else. But all of this is Monday morning quarterbacking. What concerns readers now is where do we go from here.

If I were a betting man, I would say the direction is up in the short, short-term. If you look back to the 2008-2009 financial correction, the stock markets exhibited similar moves. Horrendous down moves followed by sharp and enormous up moves. Back then, however, these gains and losses took weeks, if not months, as opposed to days.

My own expectation was that the S&P 500 Index would hit 2,350 before staging any kind of relief rally. Friday morning, before markets opened, the S&P 500 futures market hit 2,395. One could say this is close enough for government work. It coincided with some good news on both the virus front and the U.S. governmental response to the crisis.

A new COVID-19 testing device developed by Roche, a foreign pharmaceutical company, was approved by our FDA. It is said to speed up the testing time by a factor of ten. Since the U.S. has had a severe bottleneck in the virus-testing area, this was good news. Secondly, it appears that Congress and the White House may have dropped their political differences (at least temporarily) to come up with some kind of stimulus package. Investors hope that it might alleviate some of the worst effects of the virus-induced economic slowdown that everyone is expecting.

If all of the above is true, I would expect a face-ripping, surge upward in equity markets. So why am I still cautious? There are a number of reasons. We still do not know how many of us here in the U.S. are infected, or will be infected, by the virus and it will take several more weeks to find out. If, as has happened in other infected countries, the numbers escalate, so will the restrictions, the quarantines, the shutting down of businesses, services, etc. This will have an impact on future growth, future earnings, and how long the expected recession will last as well as how deep it will become.

Along the way, there will be lots of bad news. The government may fail to compromise on a package, or it won’t be enough. The credit problems in the debt market may get worse. The number of COVID-19 cases may skyrocket, as well as deaths.  All or none of those situations could occur.

That process is going to keep a lid on the market gains and may even cause further declines. At this point, we just don’t know. What we do know is that the virus and its impacts may begin fading by April. Combined with all the expected stimulus we may be getting from both the central bank and the government; the economy could rebound fairly soon. And by Autumn, so might the stock market.