It was a week of geopolitical risks and yet the markets managed to hold their own. True to form, investors were bound and determined that this would be a good week for stocks and it was. 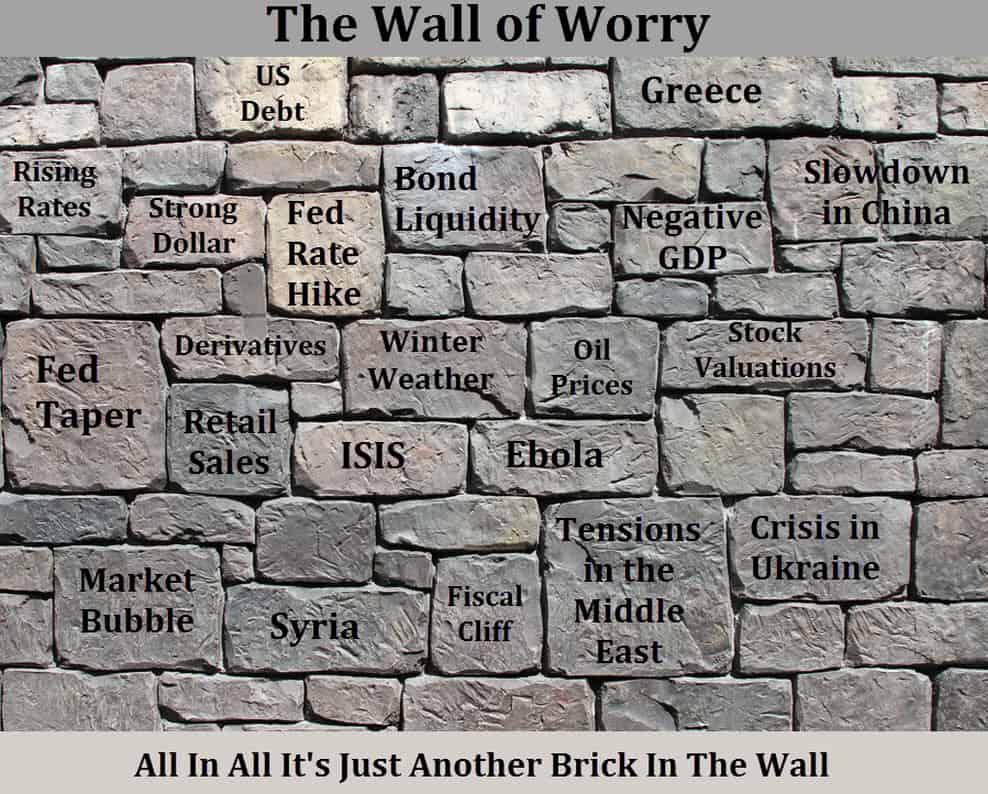 Historically, markets do well on Thanksgiving week and this was no exception. Since the turn of the last century, stocks perform well (at least two thirds of the time) during this 3 1/2 day trading week and into the end of the first week of December. So far, this year has been no exception.

Given the headline risks, its performance was quite impressive. Investors had to contend with the shutdown of Brussels for most of the week as authorities ransacked the capital of Belgium in pursuit of suspected terrorists. At the same time, the rest of Europe was on high alert for terrorist ‘attacks. In our own country, Thanksgiving, the largest travel period all year, has security folks worried. The Paris terrorist attacks have provoked concerns that the nation’s many parades and other celebratory events could be prime targets for Jihad crazies.

On Tuesday, global investors woke up to the downing of a Russian plane over Turkish airspace and all that might portend. U.S. stocks took a nose dive on the news but by the end of the day there was quite a bit more green than red in the averages. That was another encouraging sign.

As Black Friday approaches, investors will also be wondering how the nation’s retailers will fare. See my column “How black will this Black Friday be?” for details. My own belief is that stores will do okay, but no records will be set. Black Friday is not what it once was as many consumers have moved on from door busters and long lines on this holiday.

Overall, if one steps back and looks at the market’s performance since August, the signs are encouraging. We had the long-awaited pullback in August-September; followed by a huge recovery in October into November, another minor sell-off, and we are now approaching the highs of the year. It seems to me, a classic stair-step climb that could translate into new highs in December. But first we must take out the most recent highs set in November, on the S&P 500 Index that would be 2,109 and on the Dow, 17,910.

Stocks will also remain volatile right up to the New Year. Several big events are scheduled for this coming month. We have the last FOMC meeting and a high probability of the first hike in interest rates on December 16th. We also have an OPEC meeting on December 2. That meeting has some guessing that Saudi Arabia may become a little more cooperative in supporting oil prices at this level.

We are also expecting a decision from the IMF concerning China’s currency, the Yuan. China has been lobbying the organization for years to allow the yuan to become a reserve currency along with the dollar, yen, British pound, the Euro and Swiss Franc. If so, that would most likely be greeted favorably by the Chinese market and global markets as well. Then we have the European Central Bank’s decision whether or not to add more stimuli to their economies.

All of the above could well be market-moving events and not necessarily all will be positive. Throw in the traditional Santa Claus rally somewhere along the way, and you have the makings for a rather turbulent sleigh ride. But I do digress. What is important is that you all have a wonderful holiday. Take a moment and remember all that you have to be grateful for. I know that I will. Happy Thanksgiving.