In the absence of any earth-shaking news, stocks tend to follow the recent trend. That trend, since the election has been up, so… The question to ask: when we can logically expect that trend to change? 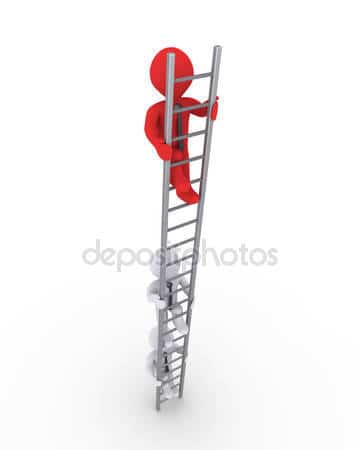 As readers may recall, my target for the S&P 500 Index is somewhere between 2,443 and 2,475, which I expect we will hit before the end of the second quarter. This week, we broke 2,400, regaining everything that was lost in last Wednesday’s 2% downdraft. Now, that 2,400 price level should act as a support for the bulls.

“Are you still bullish?” asked one of my clients yesterday.

“That depends upon your time frame,” I answered.

In the short-term I am, if you consider that between now and say, the end of June, the markets could tack on another 2.5% or so. That’s not a bad return for 30-some days, and it is far better than the yield on the ten-year, U.S. Treasury Note (2. 24%).

However, I recognize that the odds against further gains in the medium-term (this summer) are climbing. For example, the S&P 500 has not had a 3% drop since the August-November, 2016 time period, nor has it had a 5% decline since June, 2016. Given that we have had 16 corrections of 5% or more since the 2009 bottom, we are overdue for some kind of larger pullback. But in the meantime, the technology sector has been the stand-out winner so far this year. The FANG stocks (Facebook, Apple, Netflix and Google) have clearly been responsible for that leadership, representing about half the gains. Since a fair amount of their goods are bound for overseas markets, a decline in the dollar also helps sales, because it makes their products cheaper for foreign consumers. And the dollar has dropped from a high of around $103, the U.S. dollar index (DXY) is now trading slightly above $97, a substantial decline in currency terms.

Why is this important?

Well, “leadership” among stocks is a fairly important tool. When there is an expanding group of leaders in the market or a sector, it means that more and more investors are willing to pay up, believing prices are going ever higher. In this case, leadership among the leading sector of the stock market is narrowing. So much so that four stocks represent an outsized percentage of the gains.

The dollar’s decline is also something that confounds a number of traders. Usually, when interest rates rise, a nation’s currency rises with it. The financial markets expect interest rates to rise in the U.S. The Federal Reserve Bank, as we know, is expected to raise rates again in June. They will also be reducing their $4.5 trillion balance sheet, which is stuffed to the gills with Treasury bonds and mortgage-backed securities.

“Shrinking the balance sheet” is just financial speak for selling bonds, rather than buying them, which they have been doing since 2008 in an effort to support and grow the economy. When you sell bonds into the market, the tendency is for interest rates to rise. Given this two-prong rate-raising strategy, the dollar should be rising but the reverse is happening. How this will play out is something to watch.

These are simply two variables of many I follow and consider in forecasting the direction of the markets. The rise of interest rates, the path of the dollar and leadership within the stock market has me concerned but not overly so, at least not yet. Right now, my tea leaves signal steady as she goes. Of course, on a short-term basis, expect more ups and downs now that President Trump will be returning from his first foreign field trip. And remember, with him comes “The Return of the Tweet.”

The intensification of the media-led, Russian witch-hunt and the expected battles over health care, the budget, and everything else that the administration has proposed will keep things unsettled and investors on their toes. As the worries mount, markets should climb towards my target range, and when they arrive, we will see what happens next so stay tuned.