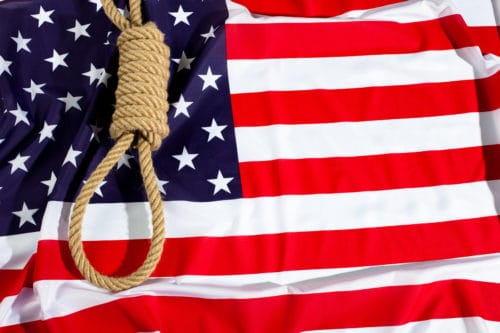 Recently, financial and economic events have taken a back seat to politics.  Whistleblowers, United Nations speeches, White House tweets, and the on-going trade wars seem to be moving markets far more than unemployment or earnings reports. Is this simply a short-term phenomenon, or is something else happening that is becoming a longer-term trend?

As readers are aware, over the last three years, financial markets have been increasingly governed by what is happening in Washington. At first, markets keyed off big developments like the tax cuts and what they would or would not accomplish from an economic point of view. From time to time, markets would also focus on the possibility of infrastructure spending, or a new health care plan for the country.

However, as the months wore on, more and more of the market’s ups and downs were dictated by the trade war, the Russian investigation, and recently, the mid-term elections. The time horizon for investors, given the uncertainties of politics, has become shorter and shorter. That happens to work out well for the high-speed, computer-driven trading platforms of Wall Street. Those “Algos” now represent upwards of 80% of all equity trading on any given day.

As an example, if you were to track the markets’ moves last week, based on political developments, as CNBC and other financial news outlets did, you would see an extremely high correlation between politics and market moves. The president’s comments and tweets on Chinas, his speech at the United Nations Assembly, and House Majority leader Nancy Pelosi’s news conference on the launch of an impeachment inquiry against President Trump by the Democratic-controlled House, impacted all sorts of financial instruments.

Trading in currencies, bonds, stocks, commodities, even commercial credits gained, and lost value based on political events. It is almost as if the tried and true market determinants–the strength of our economy, prospects for inflation, earnings data, and the unemployment rate–are secondary, at best, to the drama in Washington.

Last Friday, the president and his cabinet seriously considered forcing the U.S. financial exchanges to delist Chinese companies on their stock exchanges. In addition, Trump is considering placing controls on U.S. citizen’s ability to invest in Chinese markets. This week, he is slapping tariffs on European goods ranging from single malt scotch to French wine.

Is the new normal? Are we entering an era where financial markets are no longer governed by fundamentals, but instead by governments and the whim of politicians?

A lot of people would like to blame the present government interference in the economy on Donald Trump, but the transition from free markets to what I believe is a nascent form of corporate socialism predates the Mad King. The truth is that government in this country has taken a larger and larger stake in what we still like to think of as our free market economy. It has been happening for years right under our noses, but we can’t see the forest through the trees.

The fortunes of the healthcare sector, for example, are an area where politics and government are in the front seat, while earnings and growth are almost an afterthought. The banking sector, as a result of the Great Financial Crisis of 2008, is another sector that has felt the heavy hand of government. And then there is the myth of the American farmer and rancher, stalwart symbols of free-markets and capitalism, whose homesteads and businesses have been subsidized by massive government doles for decades.

Today, we are focused on the trade war and the severe impact it is beginning to have on global growth worldwide. What we fail to see is that these tariffs are also moving more and more of the country’s economic control of the markets and its pricing mechanisms from the private sector to the Federal government.

“Big Brother” is now deciding on an almost a daily basis, what products will be exempted from tariff controls, and which will not. How are these decisions being made and by whom? These decisions have an enormous impact on the cost of goods sold and even more on the companies that produce them.

This week, we placed tariffs on some European products, such as single malt-scotch whiskey and French wines. Do you really think a Scotch or fine wine drinker will switch to an American whiskey just because of a tariff? And why are Italian wines and olive oil exempt?

And like a socialist (or Communist for that matter) economy, the government is now dictating which companies will be protected (compensated) because of the impact of tariffs. Why are the nation’s farmers, who are largely U.S. mega-cap corporations, given taxpayer money, but the manufacturing sector is not?

The manufacturing sector is suffering deeply from the trade war where business has dropped back to a ten-year low. Who is deciding that farmers deserve more help than manufacturers? How is controlling prices, deciding who benefits (and who does not) any different from what a communist or socialist state would do?

The point is that while Wall Street rants and raves about an Elizabeth Warren or Bernie Sanders socialist presidency, much of what they fear is already happening right before our eyes. As it is, we have already become a society where nearly every Orwellian prediction in the book “1984” has come to be. We have passively allowed our government to monitor our every movement, conversation, or phone call–all in the name of protecting us from another “9/11.” On the economic front, it’s the trade war and Trump. When are we all going to wake up?

Bundling up on Black Friday to shop for great deals on TVs, iPods, and holiday gifts while still full of Turkey and stuffing is a thing of the past. While our bellies have remained stuffed, our Black Fridays...
Are financial questions keeping you up at night? Financial Advisors Holly Simeone, CES™ and Lauren Russo, CEPA, FPQP™, CVB, together with Paraplanner Angela Elzner, FPQP™, invite you to invest in your financial health by joining them during Open...
To Our Family of Clients, Last year felt like it would never end. It wasn’t as bad as 2020, but we still felt the weight of the COVID-19 pandemic. In contrast, 2022 felt like a blur. This was...