It was an impressive week for stocks. Despite terrorist attacks in Paris and Mali, investors shrugged off these geopolitical events and regained just about all of last week’s losses. This coming holiday-shortened week should see stocks hold and maybe build on those gains. 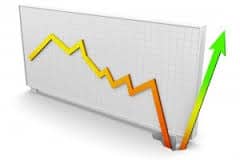 To me, an even more interesting turn of events this week was the market’s response to what I call “Fed Speak.” On almost every day this week some Federal Reserve Bank Governor or board member travelled the nation giving speeches. With few exceptions, these officials made it clear that unless the data took an unexpected turn for the worst, investors should expect an interest rate hike in December.

Now, in times past, that kind of jaw-boning would immediately sink the markets. Algo traders (traders that use computer algorithms to determine when to sell or buy) have programmed their computers to interpret the words “rate hike” as a sell signal. This week that strategy failed to work. Instead, all three indexes took the Fed message positively.

We can interpret that response in different ways. As most of you know, investors hate uncertainty. A year of pussy-footing around by the Fed over a rate hike has stretched some investor’s nerves to the limit. Therefore, a definitive action, whether good or bad, is always better than not knowing, in the minds and hearts of the financial community. As such, a rate hike may be accepted with relief.

In my opinion, cynical as it may be, I credit the Fed for adroitly managing investor’s expectations. The Fed, understanding how delicate the action of raising interest rates for the first time in nine years could be for market participants, has engineered the best path forward in gaining investor’s acceptance of their actions. After almost a year of communicating their intentions, the Fed has actually succeeded in convincing market participants that raising rates at this juncture is a good thing.

Investors may be willing to finally embrace the concept that the world won’t fall apart on the back of a quarter point hike in the Fed Funds rate. That change in psychology, if I am correct, marks the first step in the normalization of the financial markets and kudos to the Fed for pulling it off.

Only an actual rate hike in December will prove if I’m right or wrong in my thinking. The Fed meeting is set for December 16th, which is not far away. In the meantime, the markets should move higher, although not in a straight line. Last week, I advised readers to “Buy the Dip”, which proved to be the right move. We have made up the entire decline and then some.

Thanksgiving week is usually kind to investors. After that, we are in December, another good month for the markets from a historical perspective. Today, the S&P 500 Index is up less than 2% for the year. A paltry return, while some foreign markets—Europe and Japan– for example, boast double digit returns, if you had hedged the currency, something I had strongly recommended. All of this is playing out according to my forecasts. Stick with the markets and have a great Thanksgiving holiday.