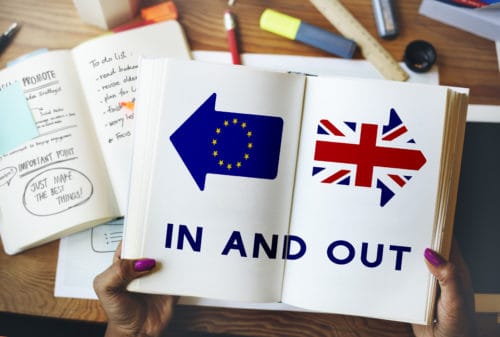 Great Britain’s House of Parliament is voting on yet another proposal to exit the European Union this weekend. While Prime Minister Boris Johnson and the President of the European Union, Jean-Claude Juncker, have a tentative agreement, there is no guarantee parliament will vote for it.

In this world of binary events, financial markets are looking at the vote as a black or white outcome. Parliament votes yes and the British pound, world stock markets, and the European Union (EU) celebrates. If, as they have done in the past, the British politicians vote no, then gloom and doom will likely beset the markets.

My own opinion is that a no vote will simply send the various parties back to the drawing board to hash out another compromise, which, in turn, will be presented to parliament for a vote. As I wrote several weeks ago, I do not believe a “hard” Brexit will on October 31, occur as Boris Johnson has threatened. Either there is a resolution this weekend, or the can is kicked down the road one more time.

And speaking of ongoing debates, once again there seems to be a wide distance between what President Trump announced last Friday and the facts. While Trump claimed a “Phase One” deal was done, Chinese spokesmen said there is no deal forthcoming, unless the U.S. removes the tariffs Trump has levied on China.

In this age of disinformation, there is little trust in any news story, government announcements, Presidential tweets or political speeches and press conferences. What passes for truth is largely propaganda, and depending on your political persuasion, you believe what you want to believe, regardless of the facts.  Facts have become dispensable. You believe them if they conform with your opinions, you deny them as “fake news” if they don’t.

This week, many market participants have been confounded by the continued strength of the markets in the face of the phase one trade farce. By all rights, the markets should have given back all they have gained, but they didn’t. Instead, all the averages have ground higher and are now within a percentage point or two from all-time highs. The explanation is simple and summed up in two words—the Fed.

Traders are expecting the Fed to cut rates once again at the end of this month and possibly to indicate further interest rate cutting is in the offing. That expectation should be enough to at least support the markets. What could move stocks higher would be a robust earnings season, which has just begun. Week one of third quarter results was not too bad.

The banks reported mixed results, but that was better than most analysts expected. Many investors want to see earnings results from the technology sector before making up their minds to either hold what stocks they have or just buy more. I suspect earnings will come in better than expected, but forward guidance will likely be neutral, or at least not as bad as some may have feared.

Between the Fed and earnings, the markets should be able to at least muddle through the rest of the month. Of course, that prognosis could fly right out the window with just one tweet from the Mad King. Hopefully, between the impeachment inquiry, the new outrage over Trump on picking his own golf club to host the G-7 meeting, and his fight to keep his taxes (two sets of books) secret, Trump won’t have enough time to melt-down on China or the Fed.

But don’t underestimate Trump’s penchant to create chaos. Just look at this week’s disaster on the Turkish-Syrian border. Of course, voting in a Vietnam draft dodger as our commander-in-chief was beyond me in the first place, but what do I know?

Are financial questions keeping you up at night? Financial Advisors Holly Simeone, CES™ and Lauren Russo, CEPA, FPQP™, CVB, together with Paraplanner Angela Elzner, FPQP™, invite you to invest in your financial health by joining them during Open...
Spam emails, texts, and calls – we all get them. The offerings are usually too good to be true: a free cruise, an inheritance from a long-lost aunt, a free iPhone. Who wouldn’t want to be the lucky...
This special series of blog posts spotlights the individual team members who make Berkshire Money Management great – and a great place to work, too. Today we’re celebrating Financial Advisor Nate Tomkiewicz, CRPC® as he marks six years...