It was a sea of red for stocks this week. Global markets broke a seven-month trading range and the rest is history. Consider this week’s decline a positive development. Here’s why. 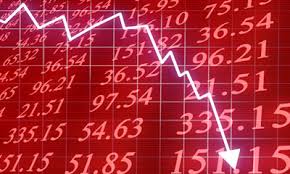 Over the last seven months, the S&P 500 Index has traded in a narrow range between a gain of 3.5% and a loss of -3.2%. That hasn’t happened in almost 50 years. As markets go, this was a highly abnormal development. Something had to give and I have been writing for months that at some point we could expect a larger, more “normal” sell-off in the market. Well, now we are returning to normalcy. It isn’t pleasant, because losses make us feel worse than gains make us feel good, but it is necessary if we want the market to move higher.

So why, you might ask, if I felt so sure that a decline was in the cards, didn’t I recommend that you get out of the market? I might have done so, if I believed that we were facing some calamitous event that would send us down an additional 20% or so. I don’t see that at all.

Instead, we are facing a long overdue decline that is more psychological than fundamentals. Since traders need an excuse to justify why they sold (when they should have been buying), the media trots out the most popular causes of decline. We have a short list that includes a tiny U.S. interest rate hike (that may or may not happen), falling oil prices (a boon to consumer spending), and a slowing global economy (something that we have known for months).

But before you panic, consider this: year-to-date the Dow is down 4.4%. NASDAQ is still up 3% and the S&P 500 is off by a paltry 1.13%. Readers might recall that there were many days back in 2011-2012 when the averages were off that much in one trading session. So why do you feel so uncomfortable right now?

It could be because the last seven months of watching the market go up and down in such a narrow range has frayed your nerves, like watching a tight-rope act, waiting and holding your breath to see if the acrobat will fall to his death. Yesterday he fell off the tightrope. Your mind may be telling you not to worry, while your emotions are making you feel that this sell-off is the beginning of the end. It is not.

As in past corrections, the markets have dropped swiftly. It is the escalator-up, elevator-down syndrome so prevalent in declining markets. The S&P 500 is presently a bit above the 2,000 level. We have a long, long way to go (1,921) before the decline in the S&P 500 would qualify as a “correction. We would have to drop to 1,708 before I would say we were in a bear market.

This weekend, expect the headlines to be even more negative than usual. Ignore it. I’m expecting the S&P index will find support around 1,980, which is less than 30 points lower from here. That could happen as early as mid-week. Do you think you can live with that?

If you have new money to invest in this market, now would be the time to start buying. I know I am. If, on the other hand, you still had money in government bonds, it would be a great opportunity to sell them and move the proceeds into equity. Relax, stay invested and remember that these kind of textbook declines are the cost of doing business in the stock market, nothing more, nothing less.