What a week for stock investors! All the main averages and most of the minor indexes registered historic highs. No question, Donald Trump has been good for the markets. The question is when will investors begin to take profits? 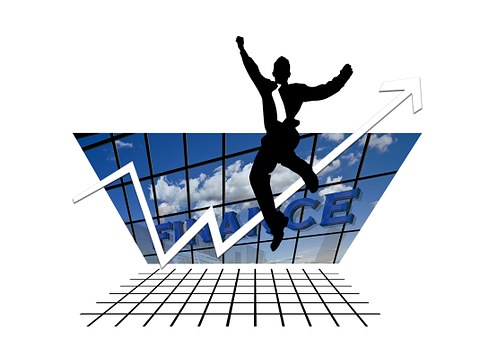 Calling a top (or a bottom) in the markets is notoriously difficult. Granted, over the years I have been lucky and managed to catch a turn or two once or thrice. As readers know, once we hit 2,330 on the S&P 500 Index, I expected and still do expect some profit-taking. That doesn’t mean you should panic nor do anything more than raise a little cash.

My strategy is to re-employ that cash as we pull back. The timing of such a move is always more of an art than a science. Think of it as a process. Sell a little today, a little more tomorrow, and so on. I’m not looking for a big pullback, maybe 4-5%. After the market declines, use the same kind of technique to buy back stock. But don’t go overboard because I believe the Trump Rally still has legs.

What, you might ask, has our new president accomplished in order to justify this on-going rally? Well, aside from a flurry of executive orders that have reversed some of the prior president’s executive orders, not very much. But it is what he has promised that has investors drinking the Kool-Aid.

The litany of tax cuts, infrastructure spending, Obamacare overhaul and an end to onerous rules and regulations has given investors hope. Analysts and pundits are fueling those feelings by drawing up all sorts of ‘what-if’ scenarios that promise good days ahead.

Material, building, construction and defense sectors have skyrocketed in price because of promises of increased defense and infrastructure spending. Forecasters see a big jump in corporate earnings if taxes are cut. As for the impact of less regulation, that is expected to have a beneficial impact on business spending and capital investments.

If the election was about “Making America Great Again” why are overseas markets going up as well? Wasn’t President Trump going to launch devastating trade wars with the rest of the world, sending us all down the drain? Others were/are sure that World War III is right around the corner, now that there is a ‘wild man’ in the White House. Yet, global stock markets are going up as well.

One explanation may be that overseas players believe Trump’s bark is nowhere near his bite. So far that has proven to be the case. Others are taking heart, hoping that his example will lead to changes in their own countries. One could argue that Brexit began a populist movement worldwide that rejected the status quo, the rule of the few over the many and a revival of capitalism. A case in point is the rise of yet another Trump-like politician in France, where Jean-Marine Le Pen, the far-right candidate of the National Front, looks set to gain even more popularity.

While all of this movement may be intoxicating to market participants, we need to see a little more beef before justifying the present levels of stock prices. I have no doubt that the new administration will get much of what they want done, but it will take time. The market has just gotten a little ahead of itself right now.