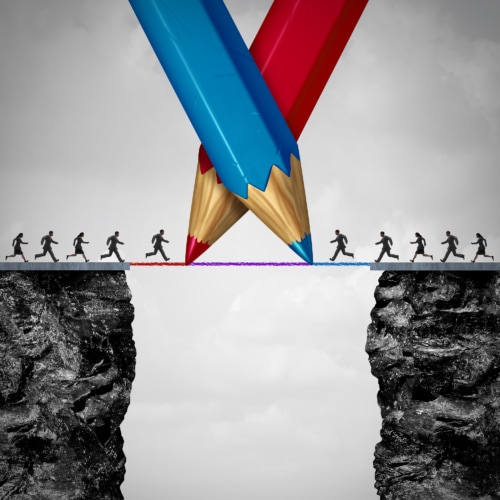 It was another tumultuous week in the markets. Volatility spiked as events in Washington and around the world injected an atmosphere of caution and indecision among investors. I expect more of the same.

Welcome to October. A month in which I see a continuation of the last few weeks of uncertainty. The political circus in Washington, D.C. is not helping, and is set to continue making headlines in the days ahead. The debt limit controversary is probably the largest challenge investors face this month. Simultaneously, the battle between progressive and moderate Democrats over the passage of two government spending programs, will continue to monopolize investor’s attention.

The bipartisan infrastructure package and the larger, “Democrat only” Biden social safety net program is the scene of an unusual battle between splinter groups of the same party. Republicans have already said that the larger Biden program would be dead on arrival in the U.S. Senate, so passage will depend on getting Biden’s program passed via the reconciliation process. In order to achieve that, the progressive wing of the party demands that the programs be twin tracked, otherwise no deal. At stake is a lot of spending that would power the economy in the years ahead, but also increase the federal debt substantially.

I expect both will pass at some point. The Biden $3.5 trillion spending plan will need to be whittled down by a $1 trillion or so for the moderates to agree. The $1 trillion bipartisan, infrastructure plan will probably pass as is, because polls show that most American voters are in favor of the infrastructure spending on roads, bridges, and transportation. Parts of the larger package—boosting education, care of the sick and elderly, health care, and climate change–also have strong voter support. But the areas that have lower support among voters will probably determine what will get cut (or modified) and what stays in the plan.

As I advised last week, the shutdown in government was averted. A stop gap measure passed on Thursday, September 30, effectively kicked that can down the road until December 2021. It is still on the plate, but on the back burner for now.

Expectations of the U.S. economy’s third quarter performance, as well as the yearly results for 2021, continue to be ratchetted down. As I warned readers, economic growth has been slowed somewhat by both the Delta variant of the coronavirus and supply chain bottlenecks. That said, the GDP is still expected to grow by 5.6%, compared to the 6.7% forecasted in a May 2021 survey conducted by the National Association for Business Economics.

Although the economy may be slowing, inflation remains stubbornly high, contrary to the Fed’s belief that any inflation we experienced would be “transitory.” In fact, the word has disappeared from Fed statements and speeches altogether. Instead, Fed Chair Jerome Powell called inflation “frustrating” and sees it running into next year. Some market forecasters wonder if we might be heading toward stagflation, which might be in the cards for next year.

It is too early to tell, but whatever the outcome, the Fed has already decided to taper, beginning sometime this quarter. About the only thing that might delay that decision would be the non-farm payroll report set to be released next Friday, October 8, 2021. If job gains slow dramatically, it might cause the Fed to postpone tapering, or so the market believes.

As for the markets, last week, I warned that we were not out of the woods just yet. This week we suffered another pullback, re-testing and broke last Monday’s lows on the S&P 500 Index. This is a change from the recent behavior of the stock market since last March. Up until now, every dip has been bought, and stocks never looked back. We have now broken the uptrend channel in place since last April. This change in behavior and the technical charts argue for further downside ahead, maybe even to the 200-day moving average, which would be another 5% down from here.

Large cap technology suffered the brunt of the selling, while cyclical sectors managed to outperform on a relative basis. I expect the selling will continue if the U.S. dollar continues to rise and bond yields rise along with the advancing greenback.  If we are headed downward, there will be oversold bounces along the way, but I believe that after this correction, markets will rebound into the end of the year.