Stocks spent the last week consolidating. It was a necessary exercise, since stocks were overbought. Now that condition is behind us, and markets climbed higher by the end of this week. We are now at an important level. Call it a moment of truth that will indicate to investors whether the correction is over. 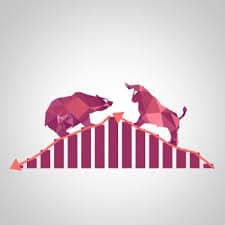 Up until now, the majority of traders have considered the 11 % rally we have enjoyed in the S&P 500 Index since February nothing more than a bear market rally. But breaking above the 200 Day Moving Average (200 DMA) would make this an entirely new ballgame.

It is probably the most important and cleanest indicator that analysts use to determine whether stocks are in a bear, versus a bull market. This indicator has kept investors on the right side of a trade for decades. For those who follow it, as long as the stock market stays below the 200 DMA, then investors should remain cautious. Once above that level, markets are considered to be back in a bull market.

The impetus for Friday’s major gains in the averages came as Mario Draghi, the head of Europe’s central bank, announced additional efforts to foster growth within the European economy. Draghi announced further interest rates cuts. Europe, like Japan, is now in a negative interest rate environment and is stimulating their economy with massive amounts of quantitative easing.

As in the past, whenever central banks announce additional monetary stimulus, stock markets have been conditioned to rise in a knee-jerk fashion. In this case, European markets are higher by 3% or more in Germany and France, while U.S. markets are up over 1%.

Markets have also been helped by the continuation of oils’ price rise. Crude is fast approaching $40/bbl. from a low of $26/BBL just a few short weeks ago. As I predicted, the agreement to freeze production by some of the larger oil producers, as well as production declines by a number of global energy producers has kept the energy rally going.

Next week the U.S. Fed meets, as does the Bank of Japan. Investors may see diverging actions by both entities. Japan seeks to further their monetary stimulus and, at the same time, weaken their currency. Here in America, the Fed will be considering raising rates again at some point this year. Fed Heads are debating whether Janet Yellen, the head of our central bank, will lean towards another rate hike as early as April or wait until June.

Investors should buckle their seat belts because central bank decisions have a tendency to move markets in a big way.