It is no surprise that money can be the root of many evils since money symbolizes different things to different people.  Love, security, power, control–money can be a landmine of unexpected emotions. Psychologists will tell you that couples will talk about just about anything, even sex, before they will talk about their finances. No wonder marital finances can test both new as well as established relationships. 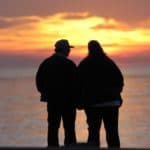 Money, after all, is the number one argument among American couples today. Those who are recently divorced point to marital finances as the main reason for their breakup. However, money can also provide a wonderful life, a lot less marital stress and a guaranteed retirement if you know how to handle it. To do it right, however, both couples must agree to approach finances as they would any other business, although I admit that’s easier said than done.

Many couples say the same thing. They divide household chores based on where their relative strengths lie, but who cooks and who weed whacks is not the same when it comes to household finances and investment.

It took my wife and I several years to grow comfortable in talking about finances and even today we still find our discussions stressful at times. That’s largely because money, itself, can be stressful, especially when you don’t have enough to achieve all your goals.

Sometimes one spouse is simply trying to protect the other from what they consider unneeded stress or simply think it’s easier to handle it themselves rather than to take the time and effort to educate a spouse with no financial education or background.

But excluding one’s spouse from financial decision-making often adds to the stress and creates a permanent atmosphere of unease within the family. In the case of one spouse’s death or disability, how will the excluded spouse cope with both grief and the new responsibility of running the family’s finances?

I’ve been on the receiving end of that predicament more times than I like to count as an investment advisor.  By waiting until your death before handing over your finances, you are opening him or her to unnecessary emotional anguish as well as creating an atmosphere where your spouse is susceptible to the worst kind of advice.

Whether you are just starting out or have been married 25 years, whether you are up to your ears in debt or living on easy street, it’s never too late to make a change. Here’s how to begin.

Obviously, like any issue in a relationship, the first step is to talk about it. But don’t make the mistake of having a marathon financial talkathon where you both try and vent your feelings and solve the problem in a day. That won’t work. Instead, agree to discuss finances every week at a convenient time for both, but keep it short. Start with the bills, because everyone has them. The bill payer must begin by explaining in detail what bills are coming in and how much income is going out to pay them. That’s gong to be uncomfortable because for most of us coming out of a recession, there’s more money flowing out than in. Understand that, face up to it and begin budgeting together.

If neither of you have established spending and/or savings goals now is the time to start. Household budgeting is the cornerstone of savings and investing. Sometimes one spouse leans toward spending too much while the other wants to save every dime. Remember to compromise; you’ve got to give a little to get a little, especially in the crucial establishment of financial goals and objectives. Too many couples fail in this crucial area by insisting on an all-or-nothing approach to finance. Like anything in marriage, that attitude only leads to failure.

Over the course of several weeks or months, both spouses should become knowledgeable (I didn’t say comfortable) in how much they are spending from  the monthly cable TV service to the rent or mortgage payment to the amount the kid’s school clothes cost every year. Sure, one spouse may be designated the bill payer, but that does not excuse the bread winner, for example, from knowing how and what bills to pay.

Some of us are blessed with a head for finance while others are not. It is your obligation to educate your spouse in the basics and do so in baby steps if necessary. The learning spouse has the obligation to be a willing and motivated student and to ask questions at every opportunity. Over time, a couple will begin to work in tandem to handle the family’s finances, but that doesn’t mean that all your finances must be conducted jointly.

It is a good idea that each spouse has their own individual bank account as well as their own credit cards. That way each surviving spouse can maintain their own credit history which will be important in the event of death or divorce. Finally, don’t take no for an answer. If your spouse is unwilling to work with you, call in a third party and get financial counseling. The counselor may be able to provide an objective point of view and helpful suggestions to help you both overcome serious money issues now and in the future. Don’t let money come between you and the one you love. Your relationship is worth it.