Factory jobs are returning to the United States. So far it is only a trickle but the point is that the trend has begun to reverse and that’s good for America. 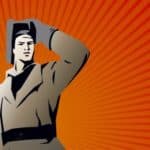 The number of manufacturing jobs in this country has been growing over the last two years. Factories have added 300,000 jobs since 2009. In the first month of this year alone manufacturers have added 50,000 jobs, which was the biggest monthly increase in a year. Those numbers are positive and a good start but let’s keep the gains in perspective.

Despite this recent progress, it still leaves us with 5.5 million fewer factory jobs than in July of 2002 and 12 million less than we had in 1990. I don’t believe we will ever recapture the number of manufacturing jobs the U.S. enjoyed back in the glory days of the 1950s. Remember that back in the day (right after WWII), America was practically the only nation left standing. As such, we had little in the way of competition and accounted for 40% or more of the world’s manufactured goods.

Over the next several decades, as both Europe and Asia rebuilt its export capacity, the U.S. experienced a dramatic loss of market share in everything from electronics to autos. Plants closed, jobs were lost and the country went through a wrenching reallocation of resources. But by the late 1990s, America had reinvented itself and emerged as the leader worldwide in high-value industries such as pharmaceuticals, software, aerospace and other sectors.

The emergence of China, India and other emerging markets as low-cost producers of everything from toys to tin cans at the turn of this century triggered an exodus of American jobs as multinationals rushed to establish a foothold in these markets. However, that wave is receding as a combination of economic forces erodes these countries’ cost advantages. Ten years ago, a factory worker in China made 58 cents an hour. Today, wages are over $3.00 and are expected to double in the next three years. In India, although a worker may make only half what his American counterpart is making, if you factor in other costs such as productivity, transportation, rising real estate prices, duties and supply chain risks, it now makes more sense to make some goods here.

In addition, the global manufacturing process is increasingly focused on the production of high-value products and as such, labor costs are becoming less of an issue. For example, although labor is becoming more expensive in China, multinationals know that simply shipping the production of those goods to cheaper labor markets such as Vietnam, Indonesia and Mexico is not a viable alternative. These nations lack the infrastructure, skilled labor force, domestic supply networks and ability to produce on a large scale that is necessary to capture those sorts of manufacturing opportunities.

One example of that close to home is a friend’s experience in Vietnam. Several years ago she had attempted to set up a small factory to manufacture and export high quality hand bags from Vietnam. She found that even the most skilled and experienced Vietnamese textile factories were incapable of making a consistent quality product on time.  Imagine the problems a Wal-Mart would have in the same area.

“Over the next five years the total cost of production for many products will only be about 10-15% less in Chinese coastal cities than in some parts of the U.S.,” predicts a Boston Consulting Group study done in August of last year. At the same time, China and India are focused on increasing domestic consumption of goods and services as opposed to simply exporting as much as they can.

More and more of our multinationals are planning on supplying this huge consumer market with the products it now produces in-country for export. Under those circumstances, it makes economic sense to bring some of their production output back home in order to satisfy U.S. demand.

In the meantime, our workforce has become lean and mean. America is now considered a “lower-cost” country by many foreign multinationals that are willing to build plants and equipment here. They realize that U.S. workers have had no wage inflation for years and are far more productive and flexible than other competing work forces worldwide.  If the dollar weakens over the coming years, there could come a day when appliances, televisions, computer equipment, furniture, machinery and plastics could once again be produced in this country. Who would have thought?